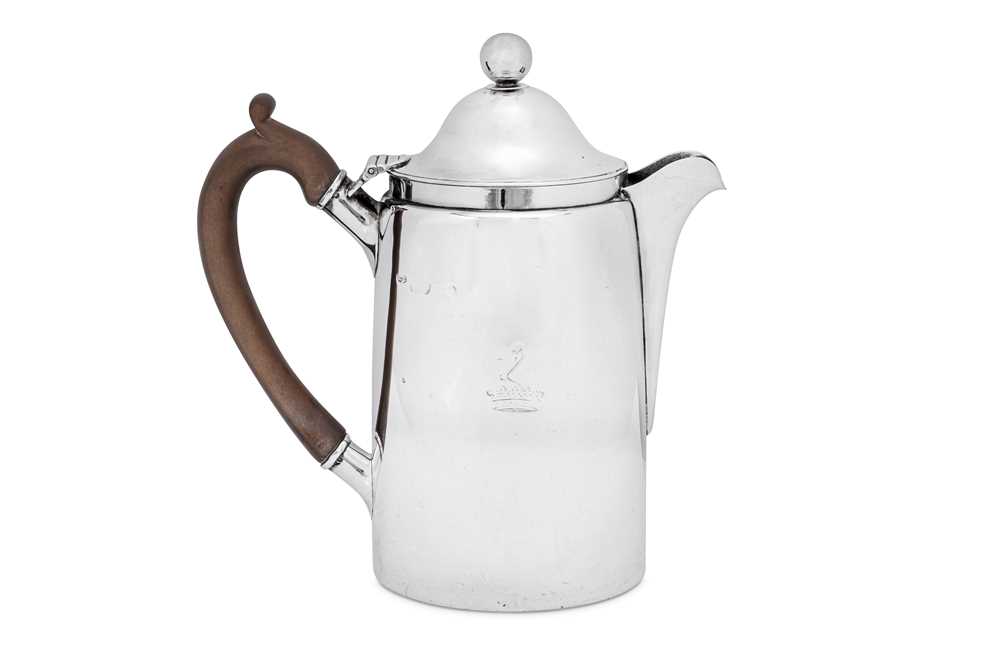 Of cylindrical form with a short spout opposite a wooden scroll handle pinned to tubular sockets leading to a hinged domed lid surmounted by a ball finial. The side engraved with a crest of out of a ducal coronet or, a horse's hind-leg sa, the shoe arg. Fully marked to side, part-marked to lid.

The crest is for Duncombe