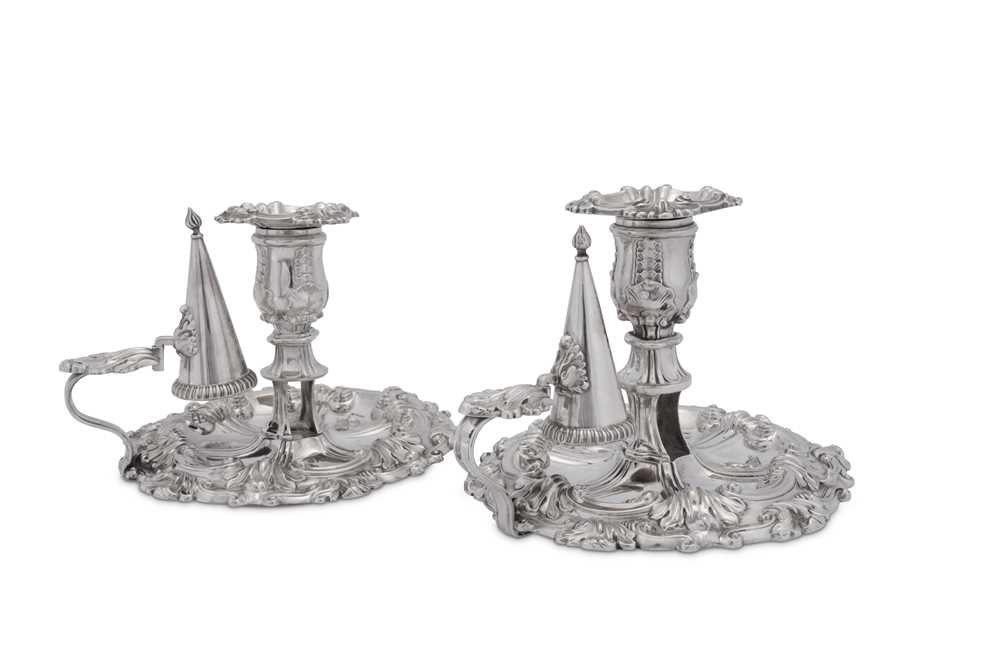 Each of shaped circular form with C scroll and acanthus bases, acanthus capped strap handles with removable conical extinguishers. The central section with wick trimmer opening and detachable acanthus scroll sconces. Each element engraved with two crests; out of a ducal coronet or, a horse's hind-leg sa, the shoe arg and a lion rampant. Each fully marked to the handle, extinguishers, and sconces. (2)

The first crest is for Duncombe the second for Pauncefort