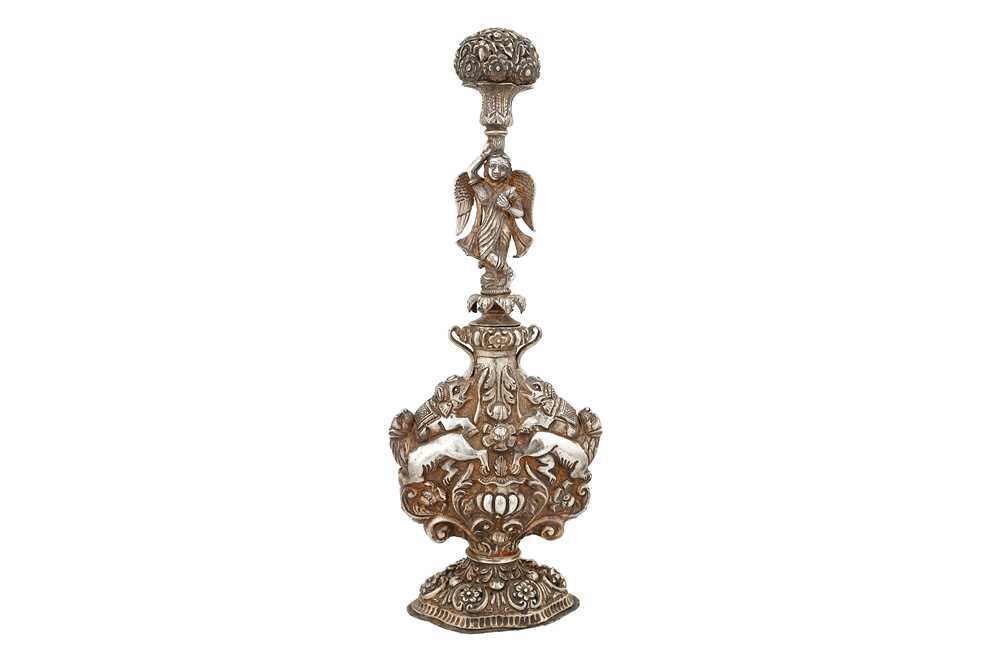 Of typical flattened drop-like shape, on a raised, stepped foot, rising to a waisted, ringed neck, the elongated stem worked in the form of a winged apsara, the Indian equivalent of Islamic fairies (peri and huri), clad in an Indian sari, the pierced top finial worked as a floral bouquet rising from a crown of leafy palmettes, the repoussé decoration on the body portraying a mirror image of two lions attacking two elephants with their trunks raised and curled up amidst floral bloom and lush vegetal tendrils, 38cm high.