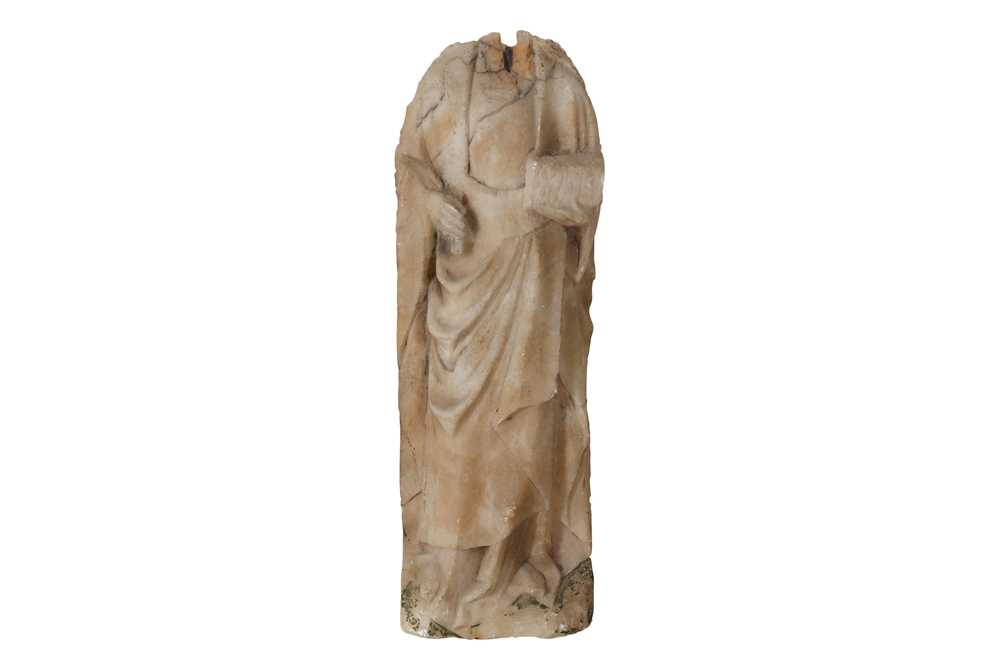 A 15TH CENTURY ENGLISH NOTTINGHAM ALABASTER RELIEF FIGURE OF A FEMALE SAINT, the figure in full robes of flowing voluminous drapery holding a box or reliquary in the right hand and a handle or staff in the left, with traces of original paint to the red/blue robes and green ground, head lacking,

Many of the alabaster workshops were based in the Chellason Hill area of Derbyshire and the Tetbury area of Staffordshire, where alabaster was quarried from 1160 onwards. The alabaster excavated became famous for its characteristically creamy and milky texture, which made it easier to carve and to paint than other materials. It became popular in the use of tomb carving, although unsuitable for any outdoor works, and was transported by water and road across England to various sculpture centres and even internationally as far north as Iceland and as far south as Spain. It was particularly favoured in Nottingham, which became the major centre of alabaster production in Europe.