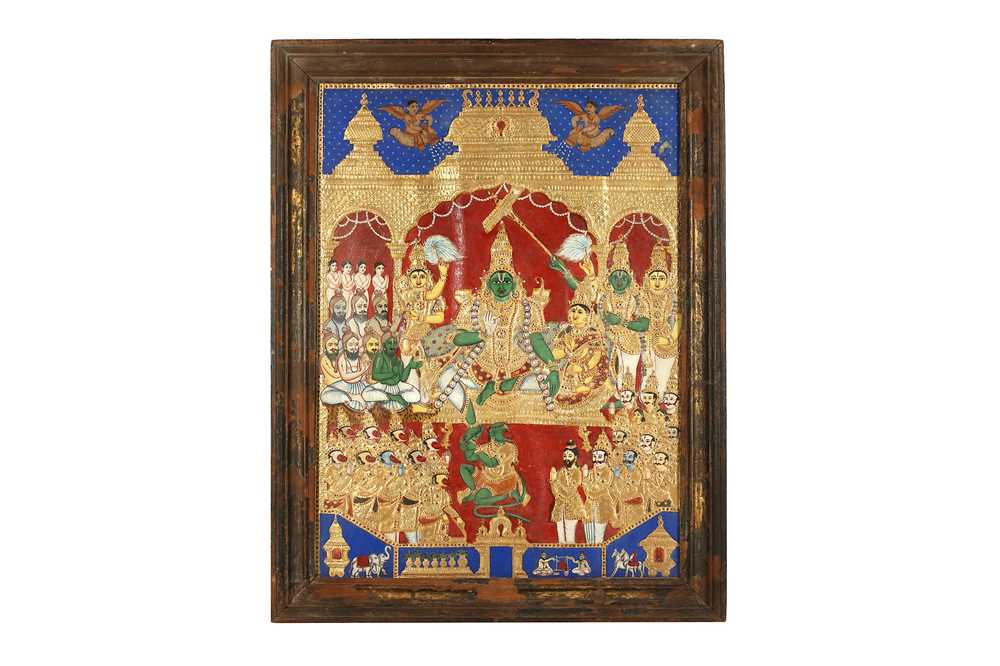 Opaque pigments, gold leaf and sukka (limestone paste) on wood, the vertical composition depicting an enthronement scene with the Seventh Avatara (incarnation) of Lord Vishnu, Rama, and his consort Sita, both surrounded by devotees and allies, in particular, Hanuman to the base of the throne holding up the god's foot; King Sugriva's monkey army on the lower left; the four Sanatkumaras and beneath them, the seven Rishis on the upper left; to the lower right, Rama's allies; on Rama's right his loyal brother Lakshmana, on his left Bharata carrying the parasol and Shatrughna with the fly whisk; the enthronement scene set inside a golden templar complex with polylobed arches with fresh flower garlands and chhajja pavilions on the roof, a pair of winged cherubs dispensing blessed water from the starry sky, mounted, glazed and framed, 70cm x 54.5cm including the frame.

The composition on this tableau is one of the most popular in the repertoire of South Indian artists. The richness in palette and material and the good preservation state are indicative of an important private commission, possibly for a temple or private altar in a high-class abode.