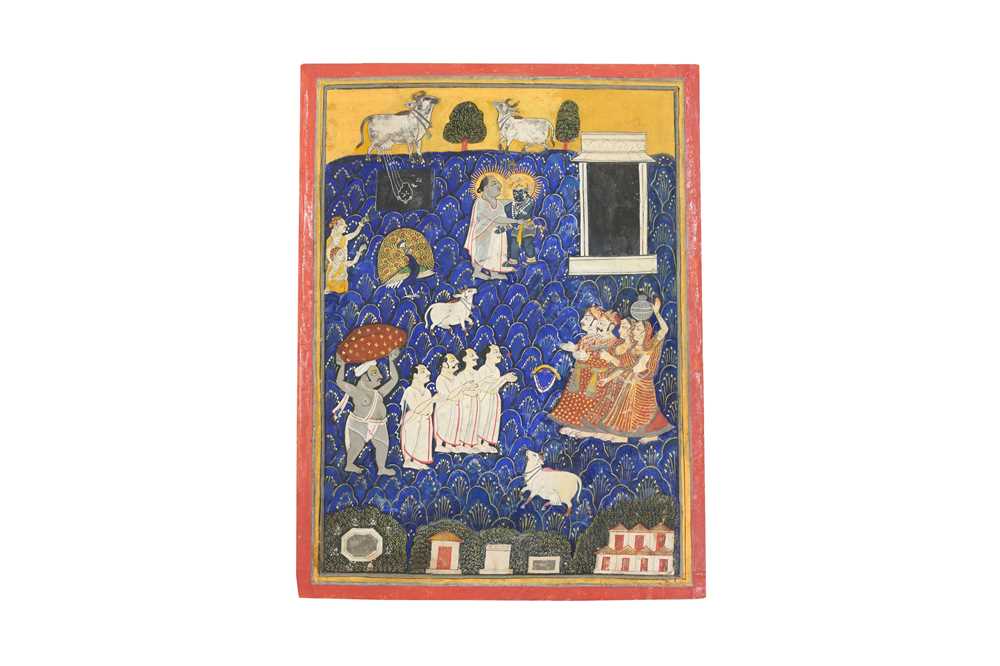 Opaque pigments heightened with gold on paper, the vertical composition portraying groups of devotees, courtiers, farmers and animals paying homage to the murti of Shrinathji discovered at the Govardhan Hill by the Indian philosopher and founder of the Vaishnava Pushtimarg sect, Vallabhacharya, in the background the philosopher depicted standing next to the God and hugging him, both figures depicted with golden haloes, to the upper left corner a cow showering an icon, carved into the rocky mountain face, in milk, all the other characters in the middle and foreground assisting and holding their hands together in a sign of respect and devotion, the scene set within silver and ochre yellow rules, and bright red borders, 34cm x 25.5cm.