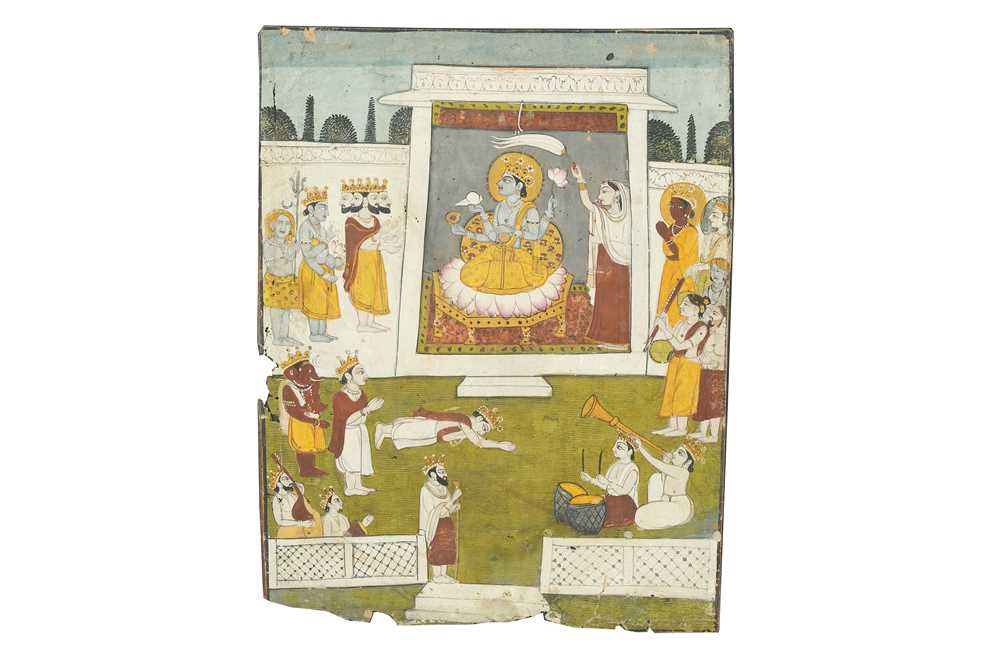 Opaque pigments heightened with gold on paper, the vertical composition portraying Lord Vishnu's court and a procession of other figures from the Hindu pantheon paying respect to the god, Vishnu seated on a golden lotus throne holding in each hand one of his primary attributes (the chakra, the club, the conch shell and the lotus flower), his consort standing behind him with a fly-whisk, to the god's right the Hindu triad, Lord Brahma (God of Creation), a twin Vishnu, and Lord Shiva (God of Destruction), in the foreground a devotee with princely crown prostrating completely in front of the god, behind him Lord Ganesha, the Remover of Obstacles, and another prince, and musicians living up the composition, mounted, glazed and framed, the folio 28cm x 22cm.