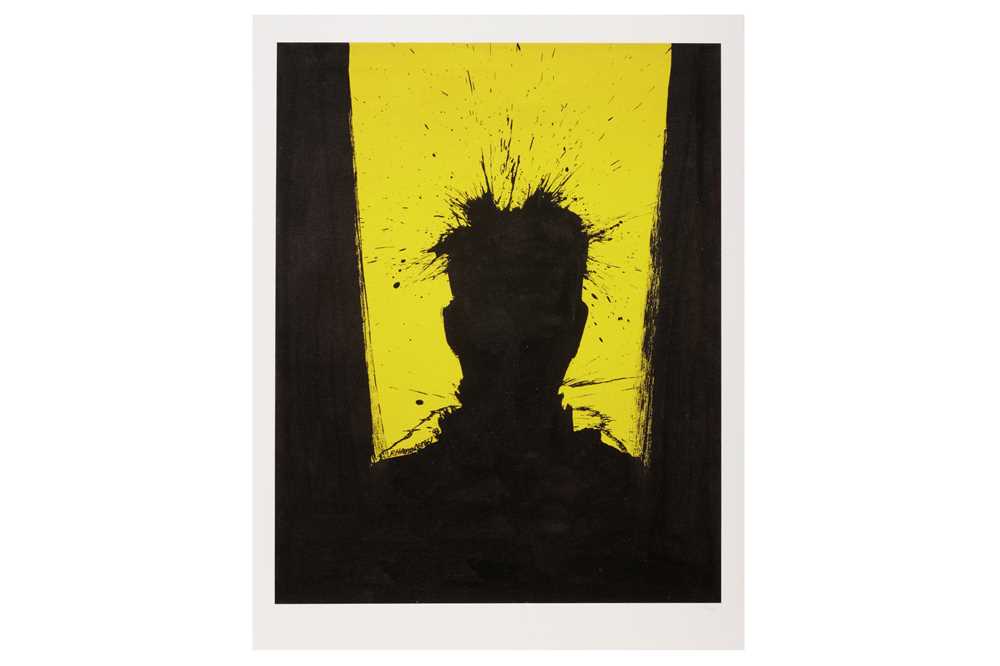 Richard Hambleton is often referred to as the ‘godfather of street art’. He pioneered New York’s downtown street art scene alongside Jean-Michel Basquiat and Keith Haring. He is best known for his menacing ‘Shadowmen’ and ‘Horse and Rider’ figures, both of which are represented in this auction.

Prior to his arrival in New York, he had already gained notoriety for his Image Mass Murder series, in which he painted ‘chalk’ outlines around the bodies of volunteer ‘homicide victims’ in public places. Finished with a splash of red paint, these works gave the viewer the impression of a crime scene.

He worked his way across the U.S. and Canada before settling in New York in 1979. During the 1980’s a series of Hambleton’s shadowmen emerged throughout downtown New York. His shadowmen were grisly black silhouetted figures that appear to have been painted mid-explosion. Each painting resembles a life-sized silhouetted image of some mysterious person.

“They could represent watchmen or danger or the shadows of a human body after a nuclear holocaust, or even my own shadow. But what makes them exciting is the power of the viewer's imagination.”

Lurking throughout the alleyways and subways of 1980s New York, the life-size, black-silhouetted figures of Hambleton’s shadowmen sparked fear and unease amongst the city's inhabitants, making him one of the most collectible artists of his time. Indeed, Hambleton’s success is seen in his invitation to exhibit at the Venice Biennale in the 1980s.

After his public art, Hambleton produced a variation of his ‘shadow’ work, showing his ‘Shadowman’ as a sort of ‘rodeo man’, or rugged ‘Marlboro Man’, often riding a bucking horse. This series was painted on canvas and other materials, where they could be displayed as works of art. Inspired by the Marlboro (cigarette) magazine advertisements, which in some ways exploited the image of a uniquely ‘American hero’ to sell its product, Hambleton appropriated and modified the image to create a new series of work.

In the early nineties, Hambleton began to withdraw from the art scene. Many of his friends and collaborators, including Jean-Michel Basquiat and Keith Haring, had died. In April 2017, a documentary following Hambleton’s rise to success and devotion to painting premiered at the Tribeca Film Festival. The artist died of cancer at age 65 just six months later.