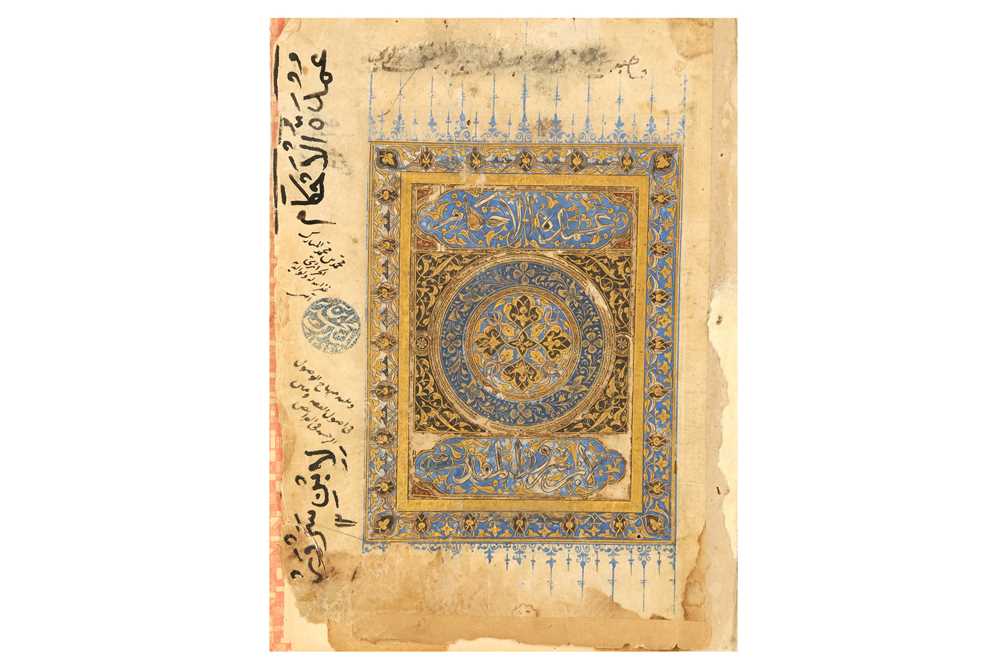 Umdat al Ahkam, containing 16 books and over 400 hadith, is the work of a prominent Hanbali hadith master and deals with a variety of subjects ranging from hygiene and ablutions to prayers and commerce. Kitab al Rahbah, on the other hand, is by an important Maliki jurist and deals solely with the subject of inheritance. It is noteworthy that despite belonging to different schools of jurisprudence, they were copied by the same hand, probably in Nablus, modern-day West Bank, and they bear the same library stamps, suggesting they have remained together, possibly since their creation.