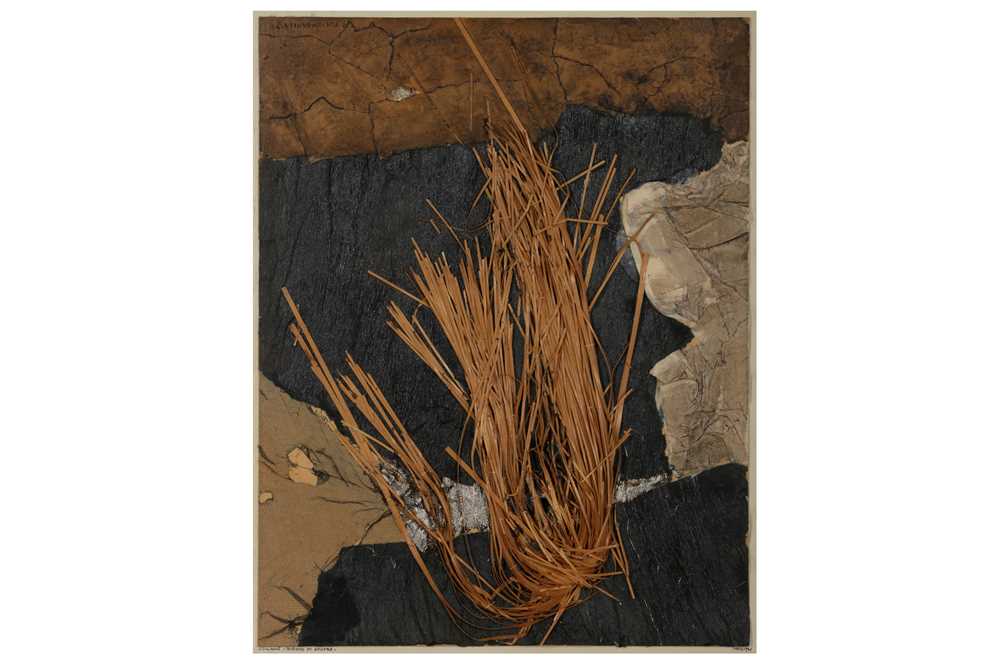 Property of a Lady, London

PROVENANCE:
Robert Fraser Gallery, London (Robert Fraser's eponymous gallery on Duke St, St James's opened in 1962 and quickly became the focal point for contemporary art in London, helping launch and promote the work of an impressive roster of artists, including Peter Blake, Clive Barker, Jim Dine, Gilbert & George, Richard Hamilton, Eduardo Paolozzi, Bridget Riley, Ed Ruscha and Andy Warhol. Nick-named Groovy Bob, Fraser was friends with a flamboyant cast of collectors, including the Beetles and Rolling Stones. In 1967 he persuaded the Beetles to use Peter Blake to design the album cover for Sgt. Pepper's Lonely Hearts Club, and the same year was arrested at a house party with Mick Jagger for the possession of drugs, an event immortalised in Richard Hamilton's print Swingeing London of Jagger and Fraser hand cuffed together. He closed his gallery in 1969 and spent much of the 1970s in India. On his return to London he reopened a gallery in Cork Street in 1983, but sold up two years later and died of Aids in 1986).