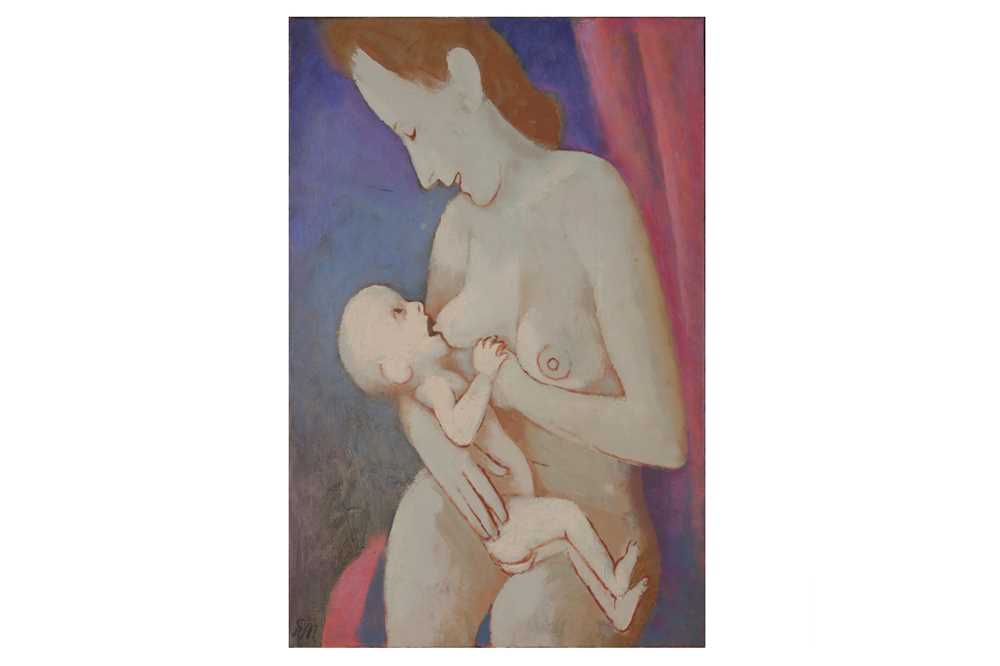 PROVENANCE:
The artist's family, and thence by descent;
The artist's Estate Sale, Greenslade Taylor Hunt, Taunton, 1 February 2018, lot 632
Purchased at the above sale by the present owner

Ernst Neuschul was a Czech Expressionist artist. He studied in Prague and later Vienna, where he was attracted by the paintings of Klimt and Egon Schiele and the expressionistic works of Oskar Kokoschka.

Neuschul avoided conscription at the outbreak of World War I, moving to Poland in 1916. When the war ended he moved to Berlin, joining the Academy of Arts where he won the Rome prize. Whilst in Berlin, Neuschul painted under the post-war influence of the New Objectivity (Neue Sachlichkeit) movement. In 1932 he became Professor of Fine Arts at Berlin’s Academy of Fine Art and was also elected chairman of the Novembergruppe (a group of German Expressionist artists and architects opposed to Fascism). In 1937, with the rise of the Third Reich, Neuschul and his family fled Germany, arriving in London in 1939 and settling in Wales for the duration of the war.

Neuschul has had three major retrospective exhibitions: in 1966 in Berlin, titled ‘From the New Objectivity to the New Non-Objectivity’; in 1989 at the Leicester Museum; and in 2001 in Regensburg.