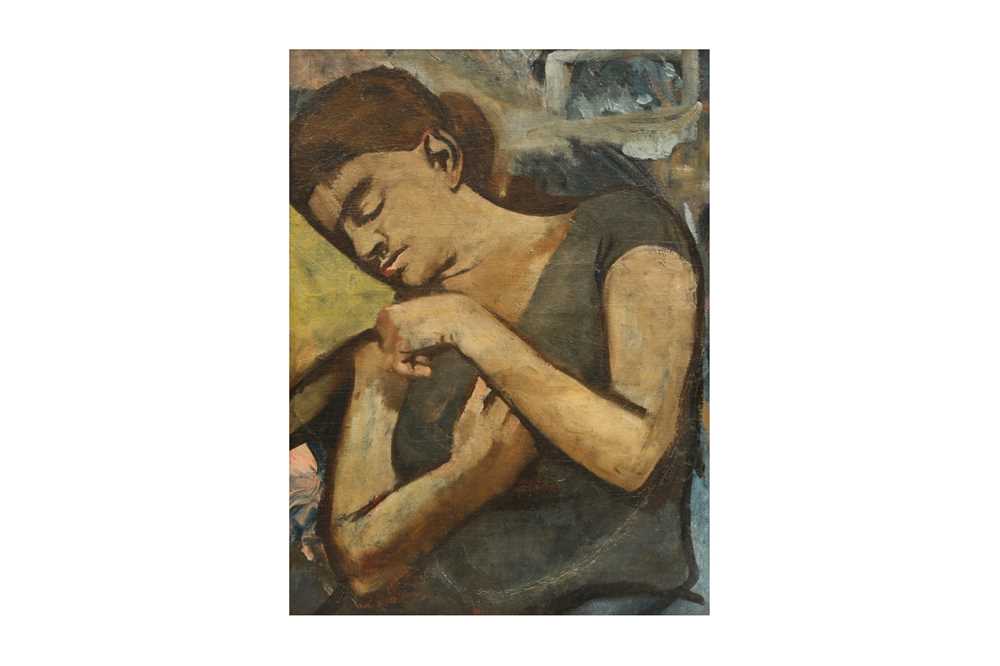 Painted in 1925 in Messina. Although Hess had yet to meet Max Beckmann, he would have been exposed to his work whilst living in Munich in the early 1920s. In Resting woman the influence of Beckmann can be seen in the outlined sharp black brushstrokes and his use of the vibrant yellow, features that would come to characterise Hess's most accomplished pictures of the 1930s. With the sitter's arms crossed, her form defining the edges of the picture plane, her protective pose and tense expression possibly express the artist's own nervous disposition following his experiences on the German front line in the War and the traumatic loss of his parents and two of his sisters.