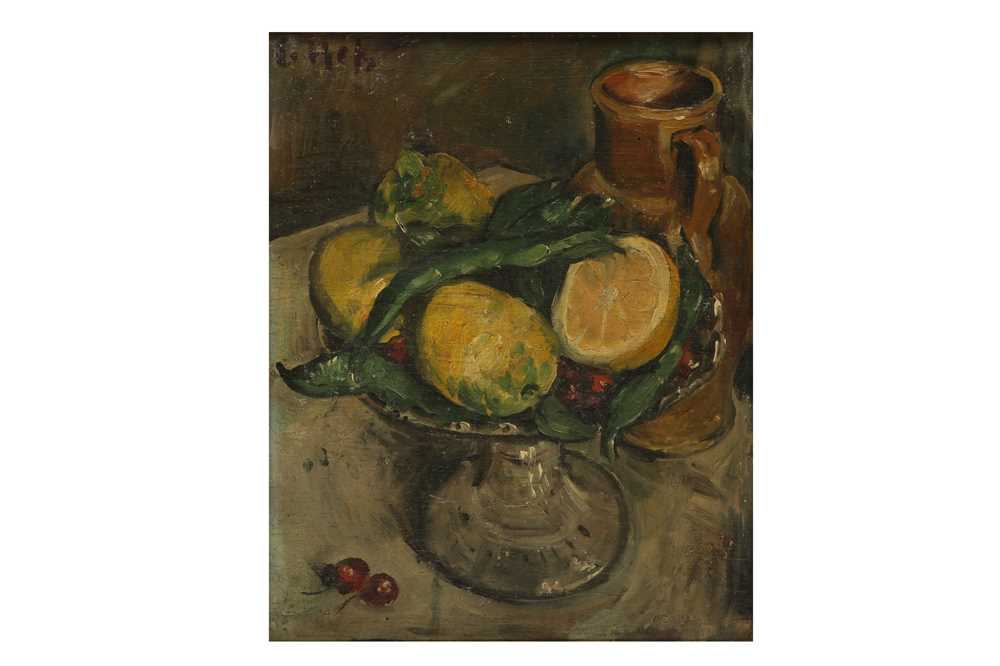 Painted in 1925 in Messina, the year Hess arrived in Sicily to visit his sister Emma. There he experienced an artistic epiphany, revelling in the possibilities of colour and light that the sun-drenched Mediterranean island offered. Hess returned to Sicily frequently thereafter. In 1927 he executed a series of bold colourful Sicily-inspired works for exhibition in Germany, and in 1933 he moved there with his wife, the actress Cecilia Faesy, a move that was sadly short-lived: Faesy left him to live in Switzerland three years later.