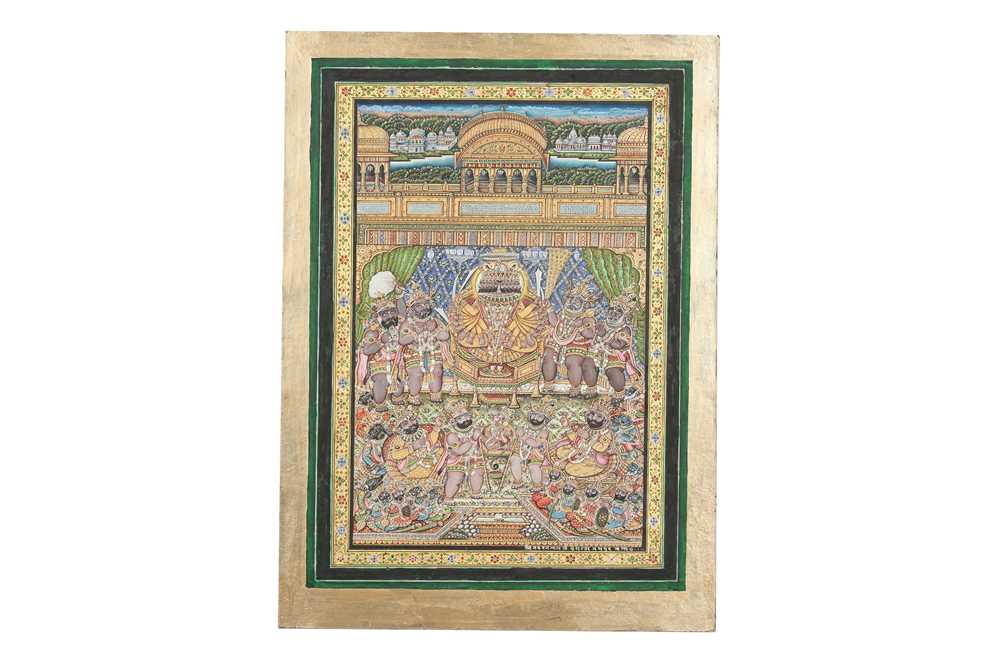 Opaque pigments and gold on paper pasted on thick cardboard, the large vertical composition depicting the Monkey God Hanuman before the ten-faced evil king of Lanka, Ravana, surrounded by his demon subjects with large sharp fangs, antlers and some with animal faces, all gathered in Ravana's Golden Palace in Lanka, the king depicted with twenty arms holding five tall swords and two red flowers, flanked by two pairs of demons with a fly-whisk and a peacock feather fan, the depiction a triumph of gold and miniature work, not a single space left plain in a form of Indian horror vacui, the scene set within concentric frames including a polychrome-painted floral border and another in black between green rules, signed Makwan Lalji in white ink on the lower right corner, 57.8cm x 42cm.