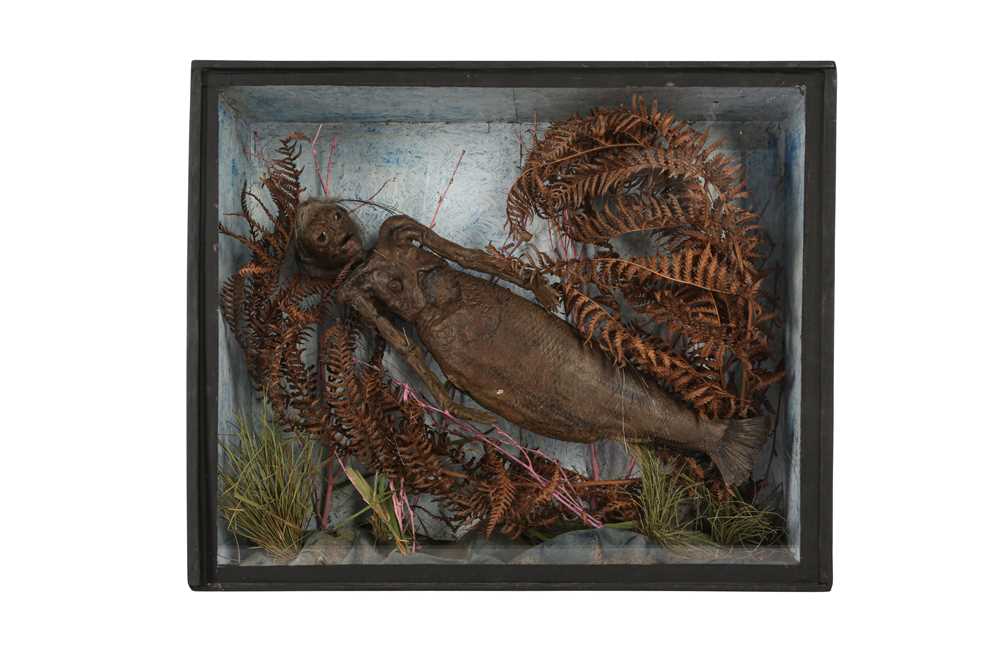 the mythological creature formed from an early 20th century fish, with later composition elements and horse hair, mounted in an early 20th century display case with painted background to resemble the sea, the case inscribed to the reverse 'Caught in Fodd** in March 1906 by R. Walters, W.Pols Court, Swallowfield'

The Fiji mermaid was an object composed of the torso and head of a juvenile monkey sewn to the back half of a fish. It was a common feature of sideshows where it was presented as the mummified body of a creature that was supposedly half mammal and half fish, a version of a mermaid, that was supposedly first discovered in Fiji.