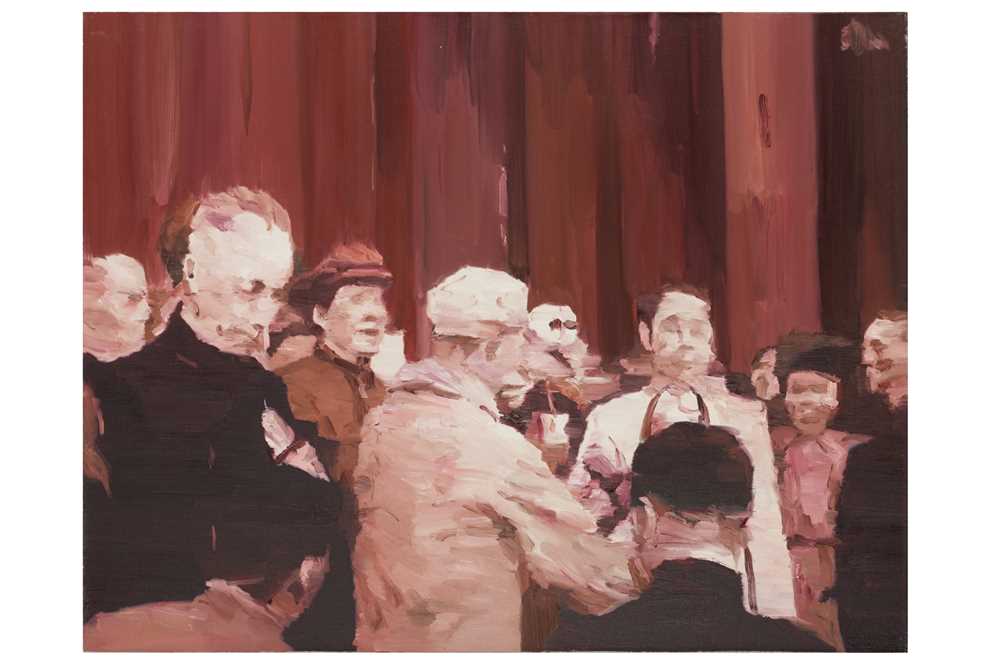 There are always the intertwined relations between politics and pop art. Politics in art has developed in a notably different way in China. During the 1980s, after the Cultural Revolution ended, a new artistic generation embraced western Modern Art. This period of liberalism spurred a dramatic change in artistic styles. This time, the avant-garde movement emerged with a more radical tone of social and cultural criticism through creations via more traditional mediums such as oil and acrylic. Xiao Bo (Chinese b. 1977) was among the generation of young artists exposed to such an art movement. Xiao Bo graduated from the China Academy of Art in 1999, where he trained in traditional oil painting.

In the ‘90s, Chinese artists from the Cynical Realism movement in China begin to flourish on the global art scene. The cynical realism movement later branched into “Political Pop”, where artists such as Xiao Bo started to be recognised for their figurative paintings that navigate the cultural terrain of contemporary China and question notions of identity and the construction of memory.

From 2014 onward, Xiao Bo began to eliminate details and figurative techniques from his painting and used expressive brushstrokes to convey his ideas, focusing more on the creative process in his work rather than on the construction of various forms.