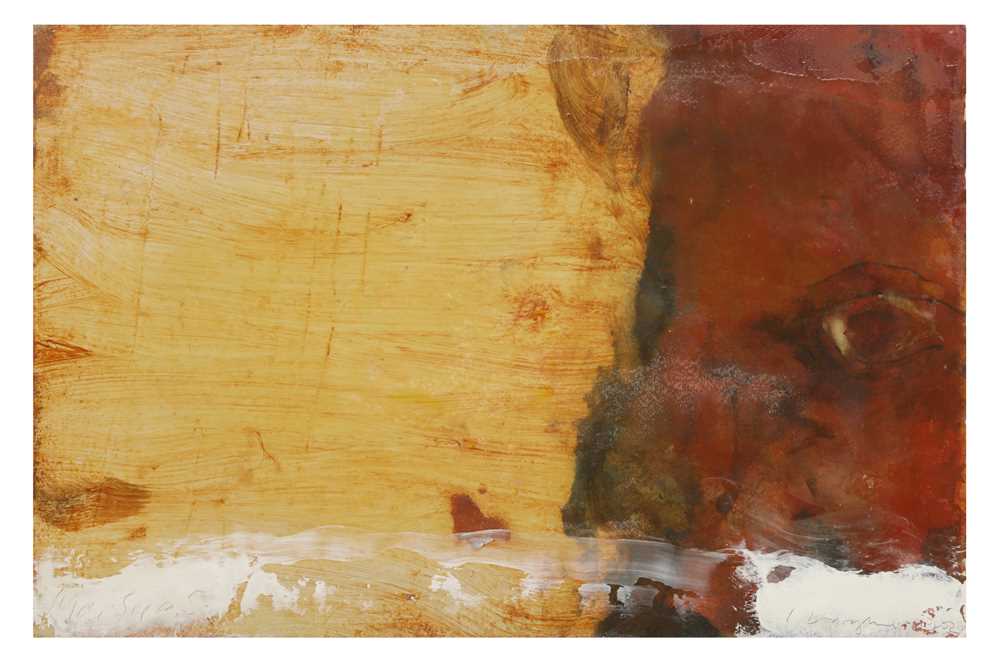 Provenance:
Purdy Hicks, London, where purchased by the present owner

Considered to be one of the leading painters of his generation, O’Donoghue drew inspiration from the lavish colours of Old Master painters such as Titian. His paintings frequently combine rich, expressionist colours and textures, verging on abstract, when addressing a particular event or history upon which he has chosen to meditate or elaborate.

His paintings explore themes of universal human experience, often on an epic scale, they meditate on ideas of truth and the relationship between memory and identity, drawing on history and personal records to create works that resonate with emotional intensity.

Marsyas alludes to the satyr in Greek mythology who is a central figure in two stories involving music. In one, he picked up the double oboe that had been abandoned by Athena and played it. In the other, he challenged Apollo to a musical contest and lost his hide and his life. The tales of free speech, hubris and loss are relatable in their themes reflecting human existence.

Charged with metaphorical, O’Donoghue’s works, though never fully formulated subject matters, invite the viewer to immerse themselves in the artist’s thought and working process, ultimately challenging them to confront their own relationship with identity. This reflects the artist’s deep-rooted interest in interrogating the way memory is forged through generations.

Hughie O’Donoghue was born in Manchester, England but much of his work is influenced by time spent in his mother’s place of origin, the remote Barony of Erris in Co Mayo, Ireland. The stark Irish scenery with its accompanying sense of tragedy, derived from the days of The Great Famine, found later expression in his art. O’Donoghue studied at Goldsmiths College and upon graduation he became artist-in-residence at London’s National Gallery.