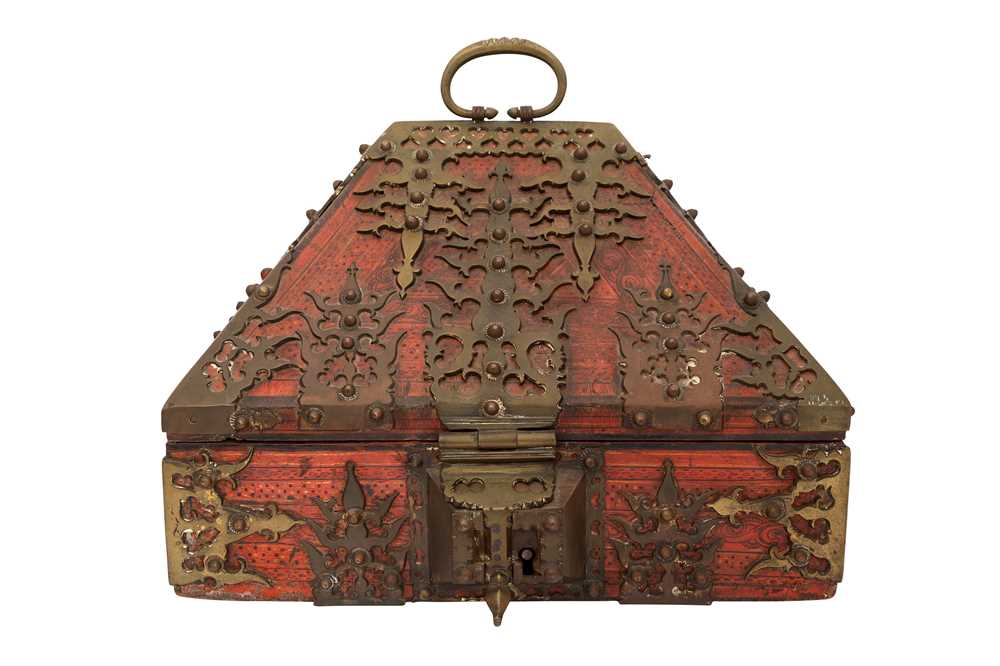 Of typical rectangular shape, surmounted by a hinged pyramidal lid, the exterior painted, lacquered, and covered with several decorative brass flame-shaped fittings and studs, the painted decoration consisting of several bands of beading design, fretwork and scrollwork, the interior with a rectangular lidded section with brass hinge, the lid repeating the same polychrome-painted patterns of the exterior, 22.8cm x 36cm x 29cm.

Nettoor pettis, also known as Malabar boxes, are one of the most recognisable and prominent examples of Keralan craftsmanship. Named after Nettoor, the village in Kerala where the craft is believed to have originated, and usually made in either teak, rosewood or jack wood with eccentric brass fittings, these boxes were commonly used as jewellery and dowry chests by the women of the most affluent and richest families. Their design, resembling a thatched house, is not a coincidence: it is a visual metaphor of the new house where the bride will live with her husband. It has been suggested some of these pettis (boxes) were employed in temples as well to store precious and bejewelled ornaments of the local idol (murti).