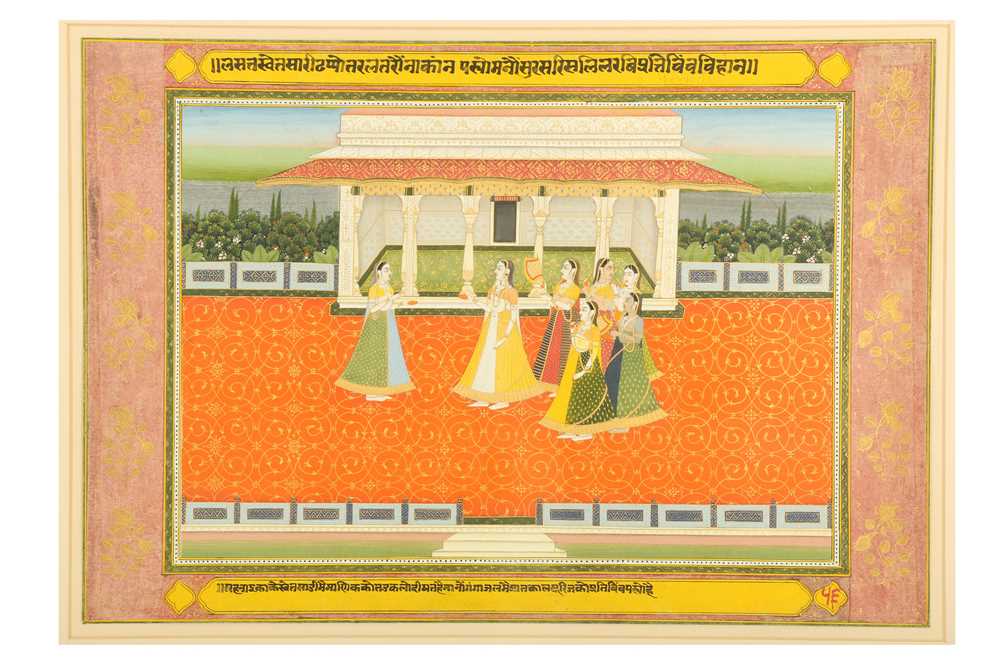 This illustration comes from the same collection and early 19th-century Rajasthani Krishna Lila series already presented in our last sale, 16 April 2021. In this scene, the nayika's maidens and sakhi are portrayed in conversation with the nayaka's female messenger on a palatial terrace in front of a white marble pavilion. Both sakhis appear to be having a pleasant discussion; their hand gestures suggesting they are listening to each other's opinion and possibly agreeing on the best course of action. The last maiden in the back of the group to the right is shown tapping the shoulder of the lady in front of her, as if she wanted to join (or interrupt) the sakhis' conversation, a decision which is immediately regretted and abandoned given the stern look she receives from her companion.