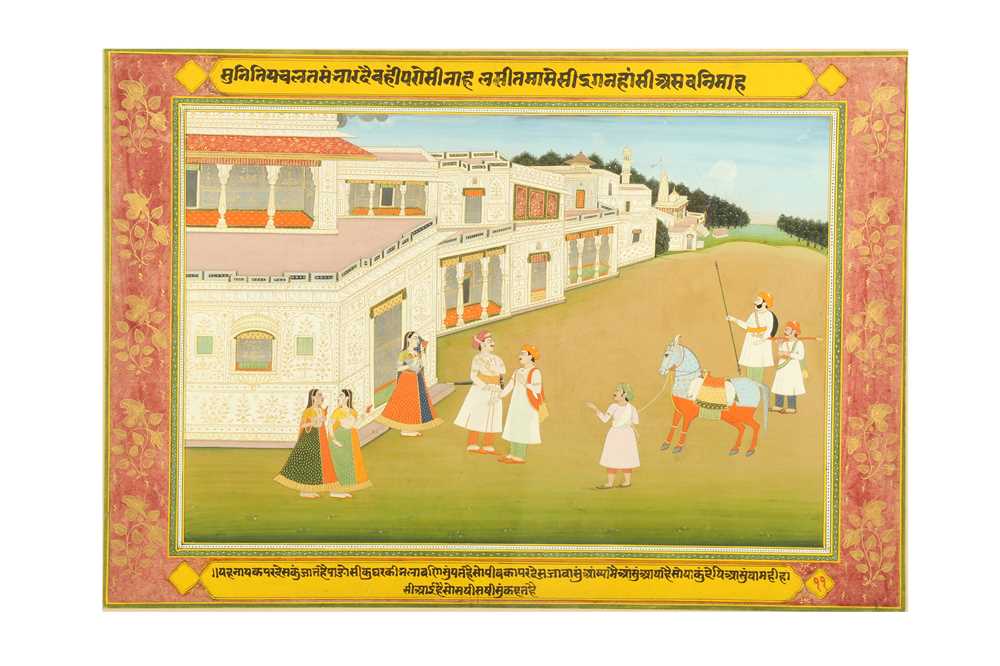 This illustration comes from the same collection and early 19th-century Rajasthani Krishna Lila series already presented in our last sale, 16 April 2021. It depicts two Vaishnava Rajput noblemen, both wearing a long North Indian white muslin shalwaar kamiz with gold-embroidered bright orange and green trousers and similar turbans, in red and orange. The man on the left is pointing at the nayika's sakhi (confidante), standing on the threshold of the palace and pulling her shawl closer to her face, almost in an attempt to hide from sight. The two female attendants in the lower-left corner looking both intrigued and alarmed; their hands giving away their emotions and pointing at the group of men in front of them.