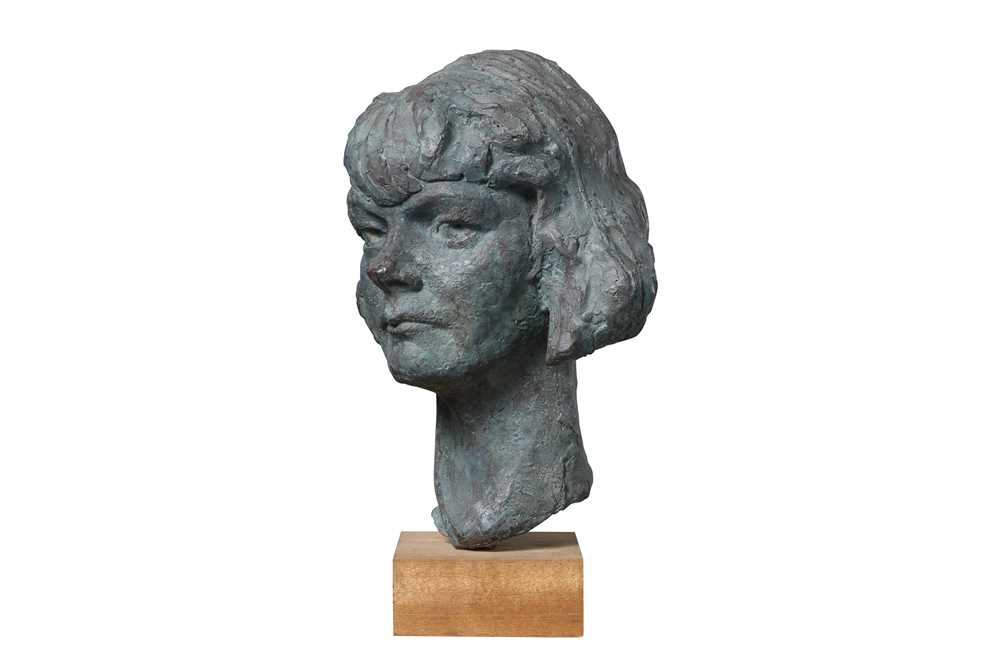 Executed in 1964 at the artist's Putney studio.

The sitter, Janet Brace, was the wife of Derek Cooper, OBE (1925-2014), the probing journalist and mellifluous broadcaster who produced a series of documentaries for radio and television including Signpost (1961), Revolution Round the Corner (1964) and The Curious Character of Britain (1970). Latterly he was probably best known as the voice of Radio 4's The Food Programme which he presented from 1979-2001, and in which he decried the parlous state of the British culinary tradition.