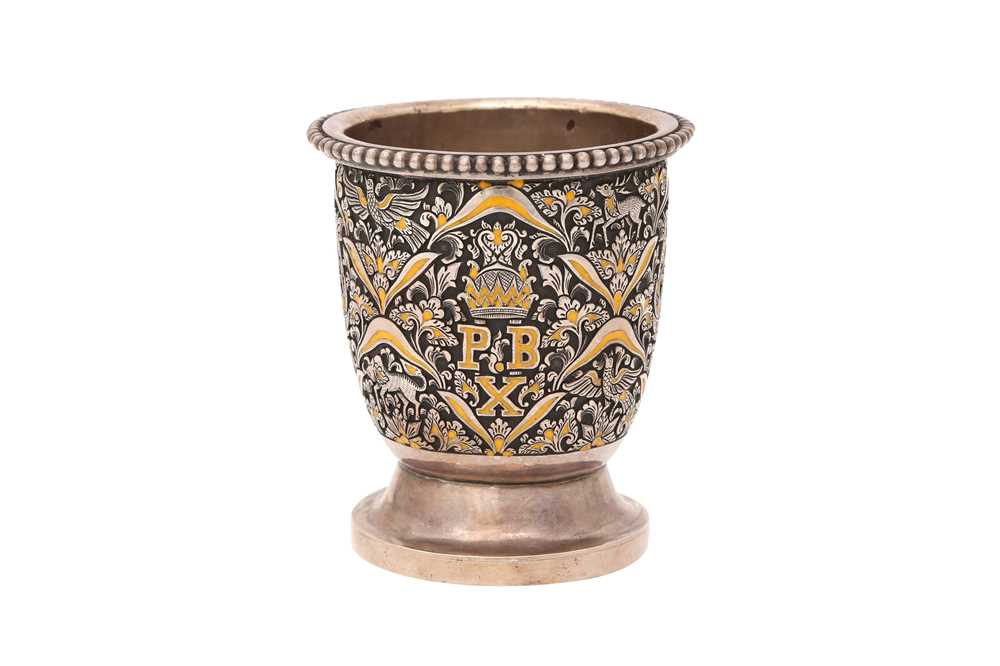 Of deep cylindrical shape with a rounded base, resting on a splayed circular foot, rising to a short everted rim enhanced with a beaded band, the exterior a tour de force of engraved, chased, and yellow enamelled decoration featuring birds, deer, thick foliage and vegetal trellis, stylised lotus flowers, and the initials of the tenth ruler of Surakarta, Pakubuwono X, often abbreviated 'PBX', surmounted by the Indonesian Royal Crown insignia, 7cm diam. and 8cm high.

Pakubuwono X (1866 - 1939) was the longest-ruling Susuhunan (King of Surakarta) to his time and his reign corresponded with important political changes in the geopolitical configuration of the Dutch East Indies territories. Under his guidance, the well-being and interests of Native Indonesians were taken at heart, and he commissioned and funded several economic and cultural projects supporting the local communities and indigenous traditions. This granted him the posthumous title of National Hero of Indonesia in 2009.