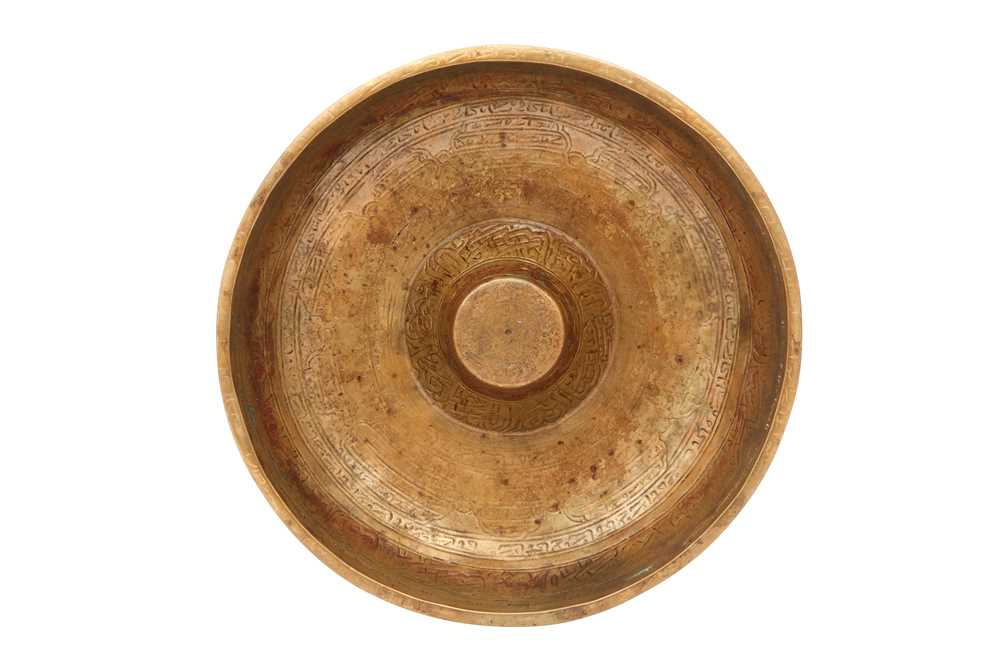 Of typical rounded shape, the convex centre marked with a conical boss with flattened head, the engraved decoration on the interior with several concentric bands of different calligraphic scripts including pseudo-thuluth around the boss; pseudo-Syriac in the cusped cartouches and narrow bands on the cavetto; and pseudo-Kufic below the rim; the exterior mirroring a similar decorative vocabulary, the top and base of the boss engraved with a six-pointed star, 18cm diam.

Our divination bowl presents several similarities in terms of shape and decorative program with a divination bowl part of the British Museum collection (OA+.2603) and another similar one sold in these Rooms, 27 April 2018, lot 39. Even though these bowls are less lavishly decorated than their Iranian counterparts, they act as important witnesses of the practice of fal (divination) in the Middle Eastern and North African territories.