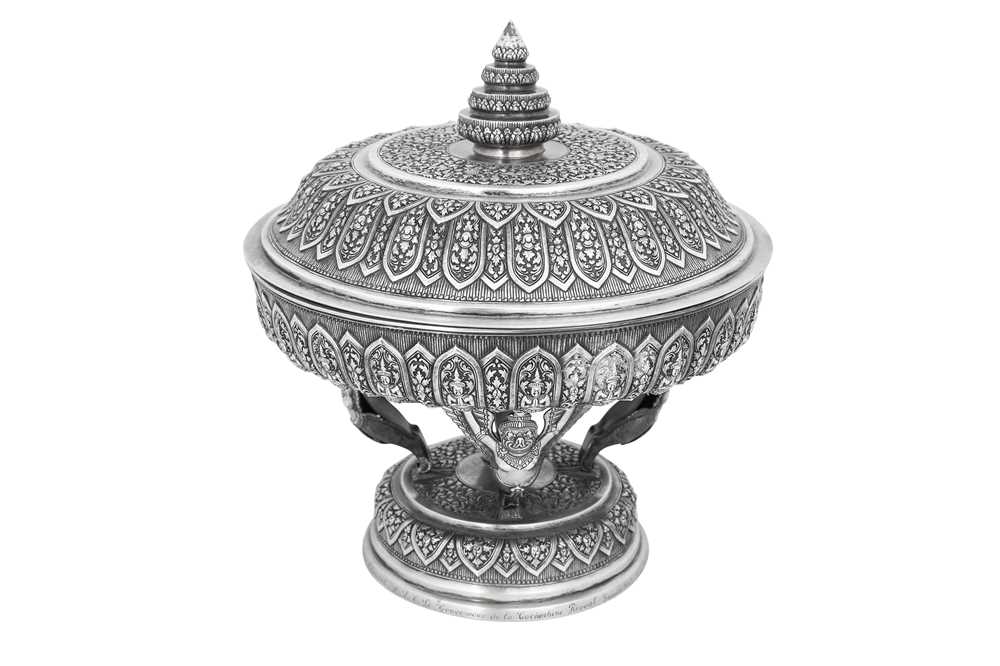 The inscription engraved around the base suggests this ceremonial basin was offered as a gift to Mr. Rivoal by the King of Cambodia Norodom Sihanouk (1922 - 2012). Mr. Rivoal was the second-last French governor of Cochinchina before the Japanese occupation during World War II. After 1945 and the liberation from the Japanese troops, the status of this region became the subject of discord between France and the Viet Minh. In 1946, France proclaimed Cochinchina an "autonomous republic", but it wasn't long before the region was merged with southern Annam, leading to the establishment of the Republic of Vietnam in 1955.

Norodom Sihanouk would have gifted this ceremonial basin to the French governor Rivoal shortly after his appointment as king in 1941 upon the death of his maternal grandfather, King Monivong, at a time when Cambodia was still under the French Protectorate (until 1953).