Old Master Paintings, including Fine Frames & Property from the Library of the Late David Scrase 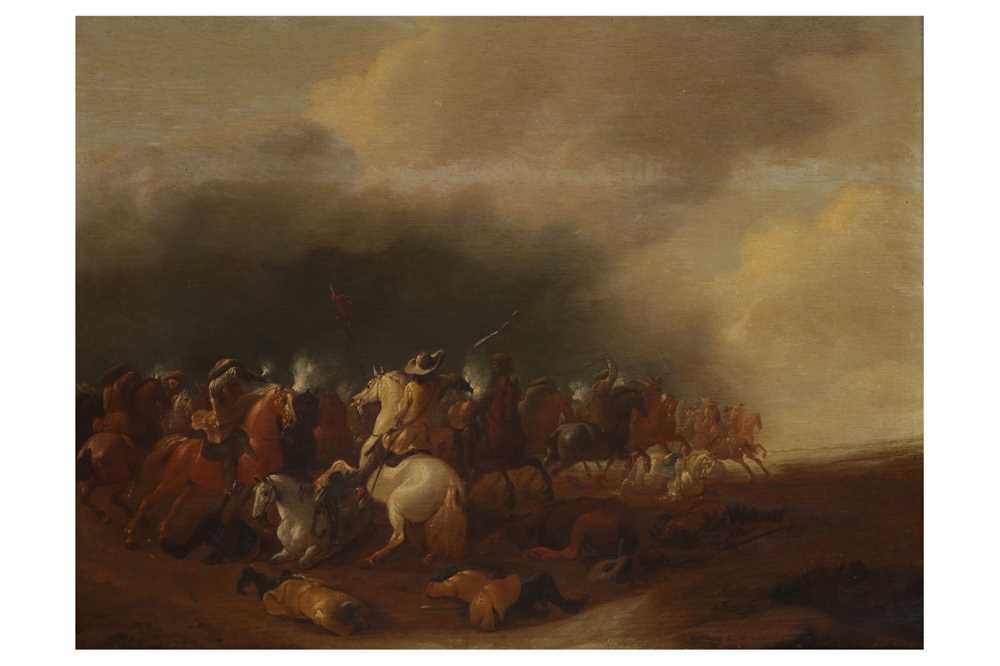 Jan Jacobsz van der Stoffe was born and died in Leiden (1610-1682) where he became a master in the Leiden Guild of St. Luke in 1644. In 1668, he became Chairman and, by 1669, Dean of the Guild. Van der Stoffe specialised in painting hunting and battle scenes. A considerable market for military paintings such as this one emerged during the seventeenth century, partly in response to the on-going Eighty Years War. Three of Van der Stoffe's cavalry paintings are still in Leiden, Museum De Lakenhal. An oil on panel depicting huntsmen in a landscape is held by the Ashmolean Museum, Oxford (WA1897.5).