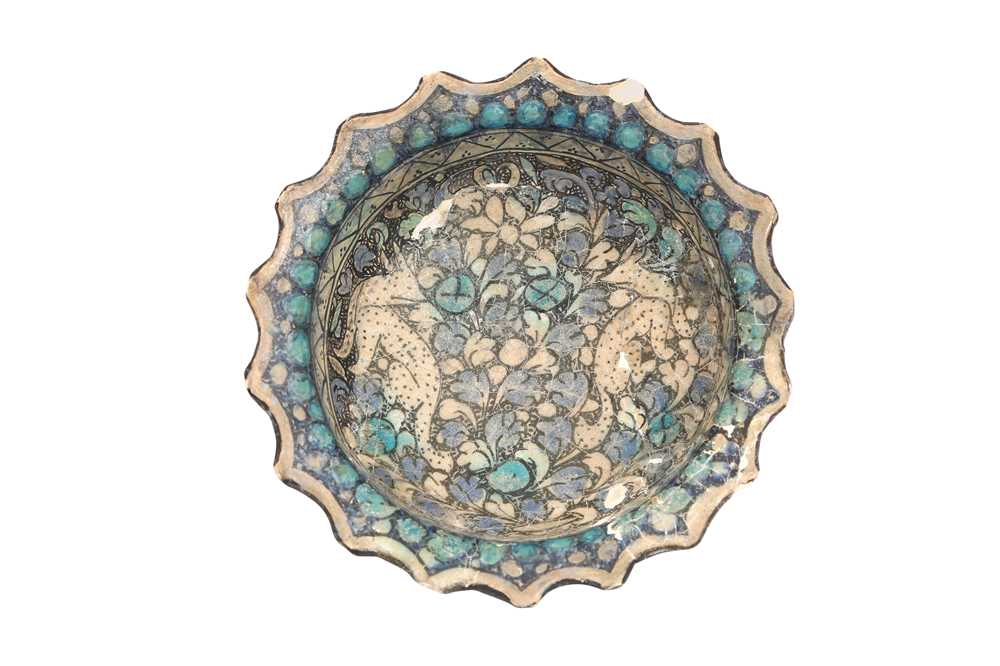 Of shallow rounded shape, resting on a short circular foot, rising to a, everted, flattened and scalloped rim, underglaze painted in cobalt blue, turquoise, and black on white ground, depicting two long-tailed speckled foxes immersed into a dense field of lush vegetation to the centre, encircled by a geometric border with solid turquoise circles to the rim, a zig-zag geometric fretwork band to the cavetto, repeated also on the exterior with splashes of cobalt blue and black stippling, 15.5cm diam and 5.5cm high.

The long-tailed fox was one of the animal motifs introduced into the repertoire of Iranian ceramics during the Mongol era. Other typical animals found on Ilkhanid ceramics are deer, gazelles, hares, as well as species of large cats. Another example of a similar footed pottery bowl is discussed by Watson in his major publication, Ceramics from Islamic Lands, 2004, cat. Q.22, p. 392.