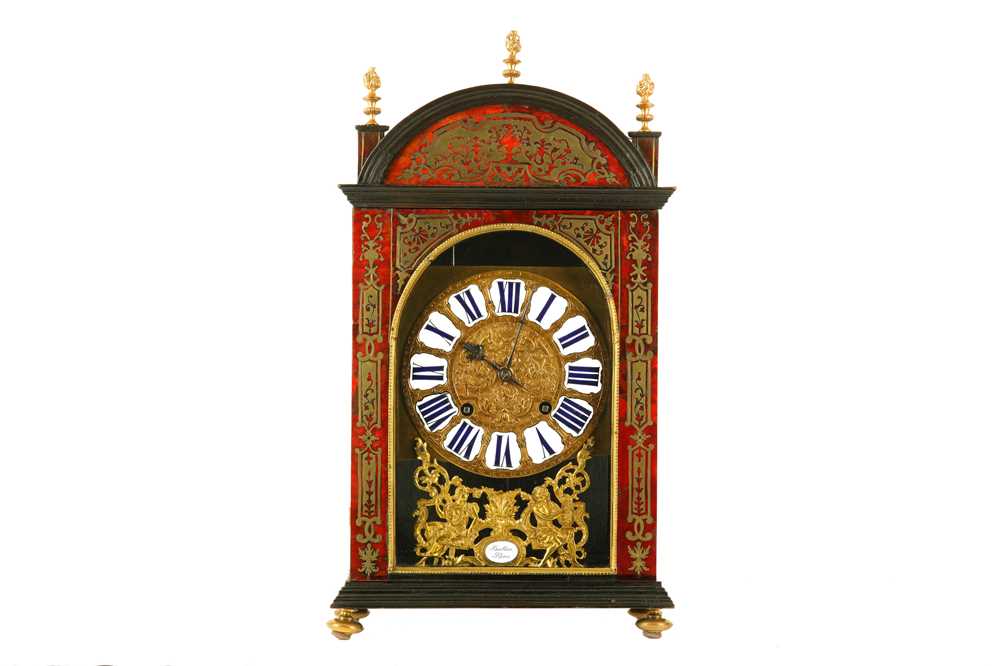 A LATE 17TH CENTURY FRENCH LOUIS XIV PERIOD TORTOISESHELL AND GILT BRONZE PENDULE RELIGIEUSE CLOCK BY ESTIENNE BAILLON, PARIS the case of typical form with arched top surmounted by three flaming urn finials, the moulded cornice over the straight sides with glazed panels, on a moulded, ebonised plinth base, decorated throughout with Boulle style cut brass and tortoiseshell decoration, the brass dial with enamelled Roman numerals and engraved centre with strapwork and squirrels, over a pierced ormolu mount depicting Diana and Apollo centred by an enamel cartouche signed 'Baillon A Paris', the twin train movement with rectangular plates and four tapering pillars, with outside countwheel striking on a bell fitted above, (hammer now detached but present), with silk suspension, the backplate signed 'Estienne Baillon A Paris', with pendulum and winder, together with a Regency mahogany bracket, with pierced support and shaped, moulded shelf, the bracket 37cm high, 23cm wide, 23cm deep, the clock 59cm high

This lot is subject to CITES