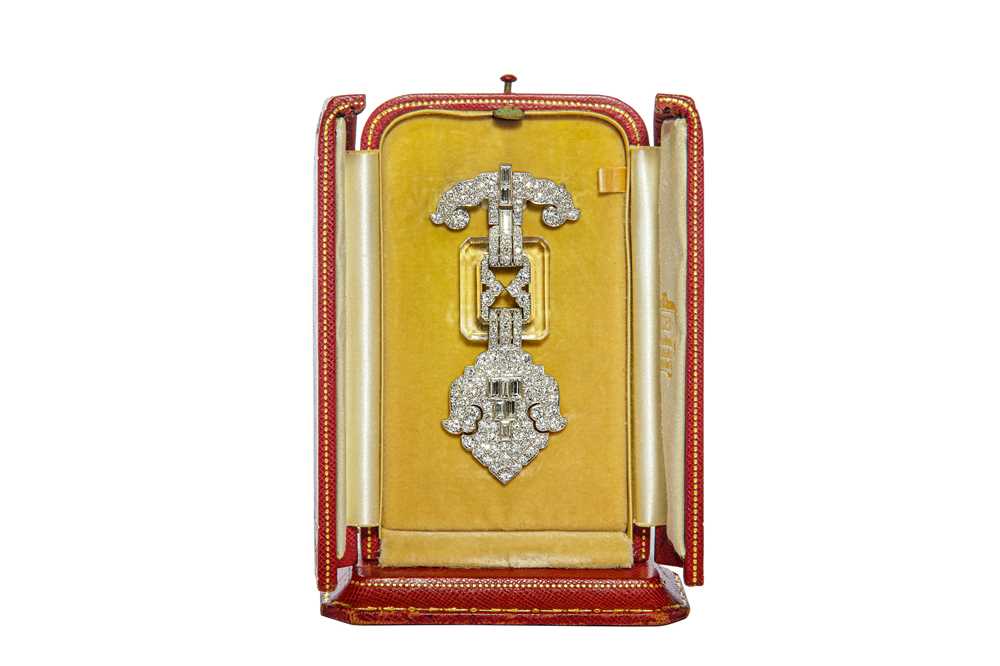 From the private collection of the New York socialite Miss Augusta McCagg. Hence by decent.

This Cartier label brooch is a wonderful example of the early influence Indian art had on the jewellery being created by Cartier. Dating to circa 1925, the finely pierced setting shows Indian themes while embracing a highly monochrome colour palate, typical of early Art Deco jewellery. This combined with Cartier’s pioneering use of rock crystal makes this a striking example from arguably the firm’s most important period of output.

During the Second World War, Augusta led civilian defence and organized the ambulance service of the Newport Chapter of the American Red Cross. Later she was a member of the Newport Country Club where she won golf championships. Augusta McCagg never married and passed away in 1965. This brooch has not been on the open market since its purchase in the mid 1920s, making this a rare example to be maintained within one family for nearly a century.