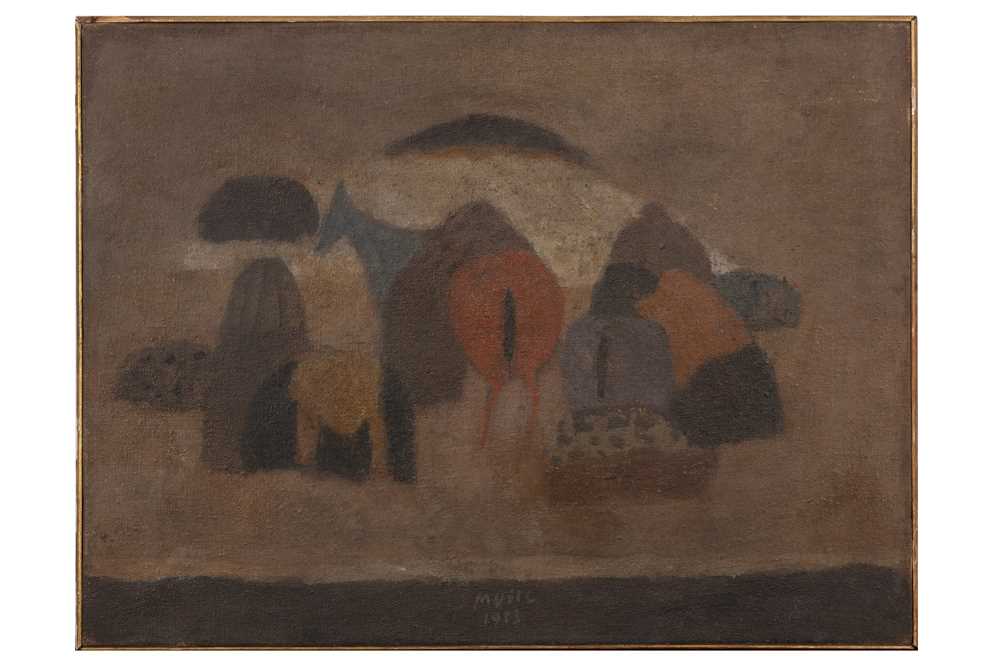 The present painting is from one of Music's most celebrated series of works inspired by his memories of living in the mountains of Dalmatia: the motivos Dalmata. The canvas exemplifies the painter's signature style of flattened space and form. Music has created a serene landscape painted with a soft palette of orange, yellow, blue, green and brown. The intimate grouping of the horses is characteristic of works from this series and although they are crowded, they still provide a sense of stillness and peace. Motivo Dalmata was painted in 1953, the year after he had his first major solo exhibition at the Galerie de France in Paris, settling in the French capital the following year.

Zoran Antonio Music was born in the Italian town of Gorizia, on the border with Slovenia. He had an unstable childhood due to the political climate in Europe, with his family moving often. He studied at the Academy of Arts in Zagreb and later lived in Madrid, but when civil war broke out in Spain he was forced to return to Dalmatia. In 1940 Music moved to Venice where he painted church frescos and developed a style based on Byzantine art. In 1944 he was sent to Dachau concentration camp, after his arrest by the Gestapo, an experience he depicted in his later paintings.