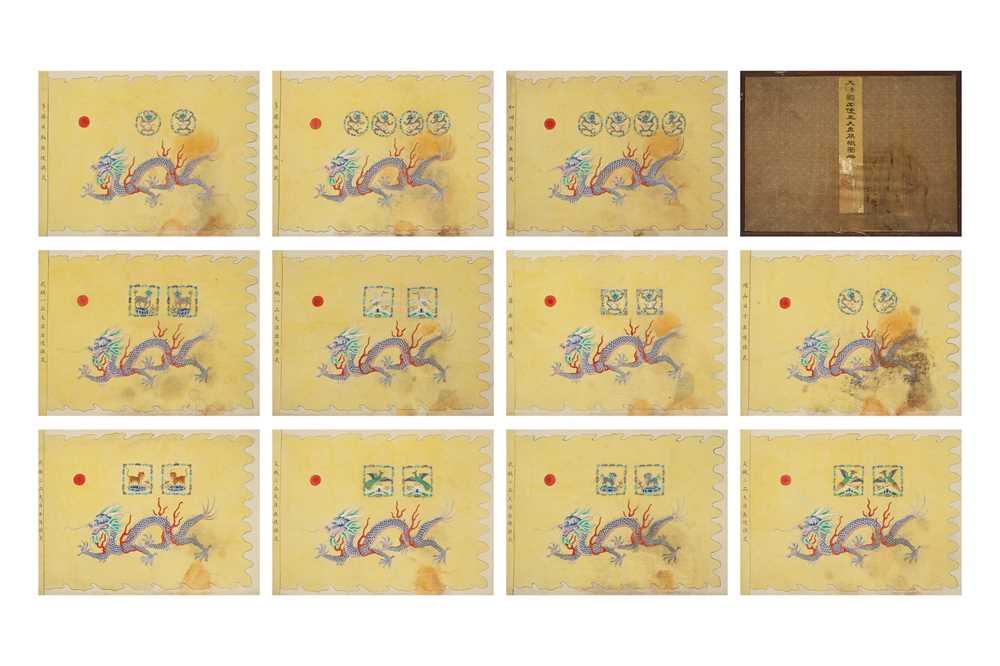 In contrast to this the Qing court used their flags for maintaining law and order at sea and was not officially recognised as the national flag, and their triangular flags were not consistent with the square format used by foreign powers.

Qing officials saw an urgent need to update their flags as a projection of State power in the eyes of Western nations. As a result the rectangular format was adopted and the official documents of the court stated ‘the flags must be of considerable size in comparison to Western flags so as to be worshipped’ and that ‘the dragon head goes upward and the material for dragon feet should be replaced by durable lan yu sha’. The flags were also given meanings to represent various factions of the Qing court. The eleven flags in the present album represent: prince of 1st order, prince of 2nd order, prince of 3rd order, prince of 4th order, dukes, 1st class civil, 1st class military, 2nd class civil, 2nd class military, 3rd class civil and 3rd class military.

A hand-written note says ‘rec[eive]d with £165.10, 1901’, a huge amount of money at the time. The album may be considered, however, to pre-date 1890, at which time a further normalisation of Qing flag usage occurred. This album is an important historical artifact for this turbulent moment in history where China grappled with Western influences.

This work contains a seal of the artist, whose work was rarely signed, and little known outside the rarefied environs of the Imperial Court. Another version of the album is held in the US library of Congress, OCLC number 8925768.