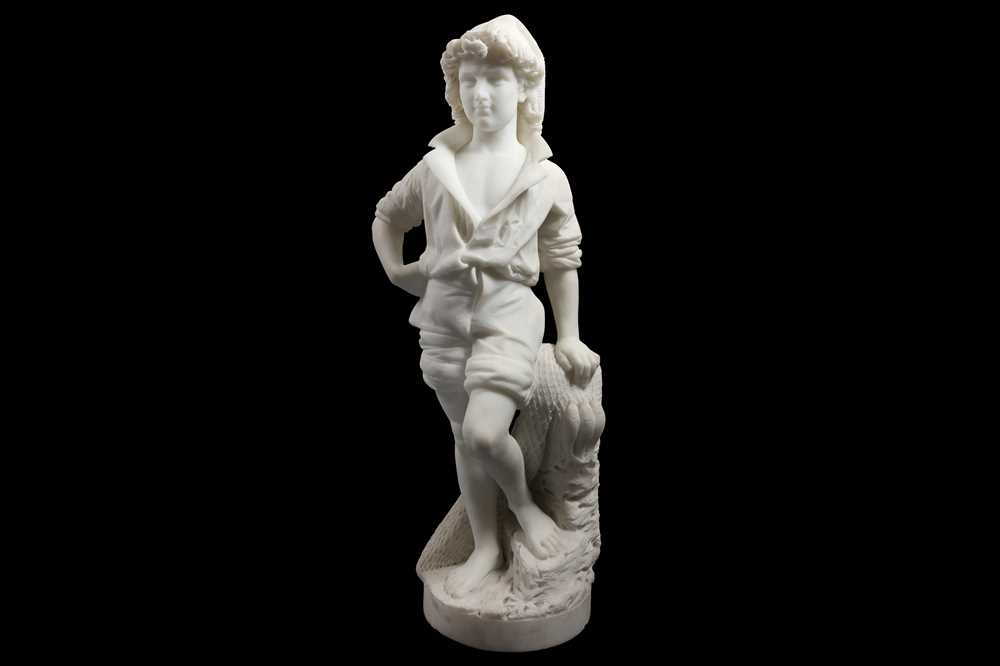 CESARE LAPINI (ITALIAN, 1848-1893): A MARBLE FIGURE OF A YOUNG NEAPOLITAN FISHERBOY, 'GIOVANE PESCATORE' the boy clad in a loose shirt and breeches rolled up over his knees, and wearing a ribbed and tasselled cap, his right hand resting nonchalantly on his hip, his other hand resting on a rustic outcrop with draped net, on circular base, signed to the reverse 'C: Lapini Firenze 1888',

The subject of the young fisherboy with his net of fish was explored by many of the great late 19th century Italian sculptors such as Pietro Bazzanti, Francesco Barzaghi and Ferdnando Vichi. Pietro Bazzanti is perhaps most well known for his Neapolitan Fisherboy sculptures, and Lapini was known to have exhibited works in the Bazzanti gallery and so may have seen his fellow sculptor's interpretation of the same theme.