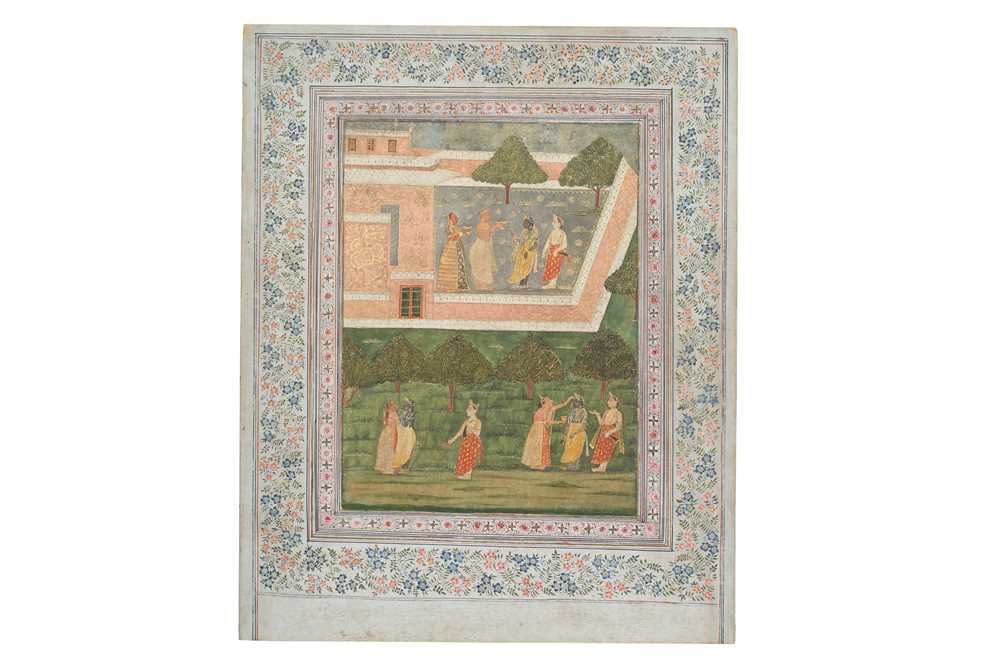 Opaque pigments heightened with gold on paper laid on thick cardboard, the large vertical composition to be considered a partner scene to the previous lot, depicting a chronological sequence of events, starting at the top with Krishna and Baladeva's visit to the temple and meeting with the local tilkayat (head priest), following this in the foreground, Krishna's anointment and his first meeting with Radha under the strict supervision of Baladeva, the temple compound decorated with lush gilt floral scrollwork and geometric motifs in line with Northern Indian architecture, the scene set within polychrome-painted and gilt album page borders featuring stylised floral sprays on a light blue ground, mounted on a modern brick red cardboard panel, 42.5cm x 34cm including the borders.