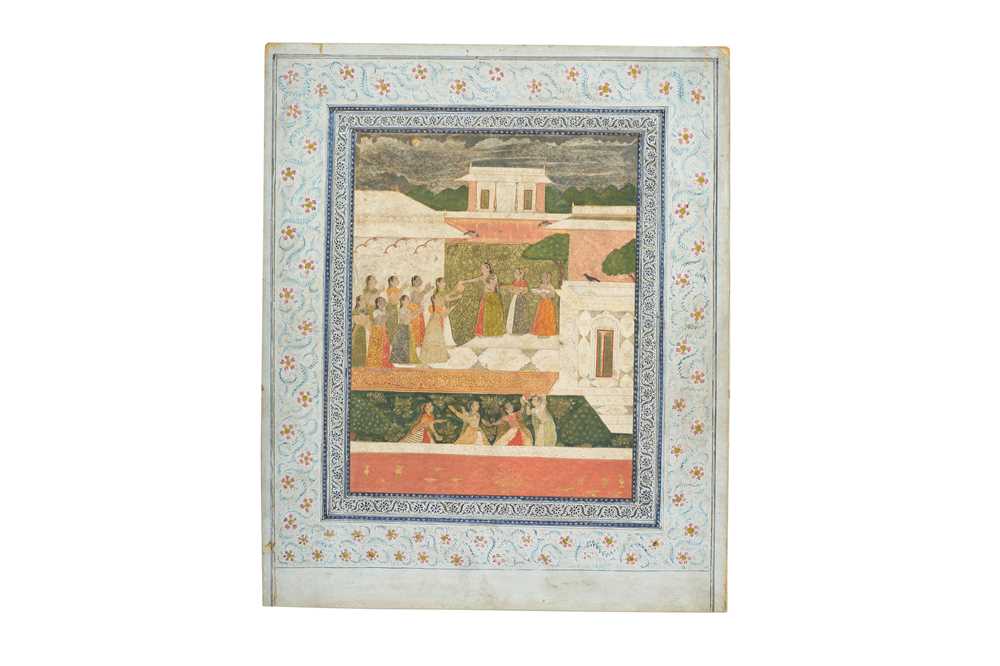 Opaque pigments heightened with gold on paper laid on thick cardboard, the large vertical composition depicting a festive occasion, the preparation of the celebration of Lord Krishna's birth, Krishna's biological mother Devaki standing in the centre of the scene holding the newborn baby on her shoulder whilst bestowing presents upon a crowd of ladies, the two attendants behind her holding two large fabric rolls in their hands similar to the ones Devaki is handing out, in the foreground a lady dispensing ghee to three other girls bringing golden bowls to fill and further golden vessels painted against the brick wall, the scene set in the garden of a white marble palatial complex in tune with Northern Indian architecture, three ravens featuring in the scene, possibly a dark omen hinting at the imminent separation of Devaki from her child, within polychrome-painted and gilt album page borders featuring stylised rosette scrolls on a light blue ground, mounted on a modern brick red cardboard panel, 43cm x 35.5cm including the borders.