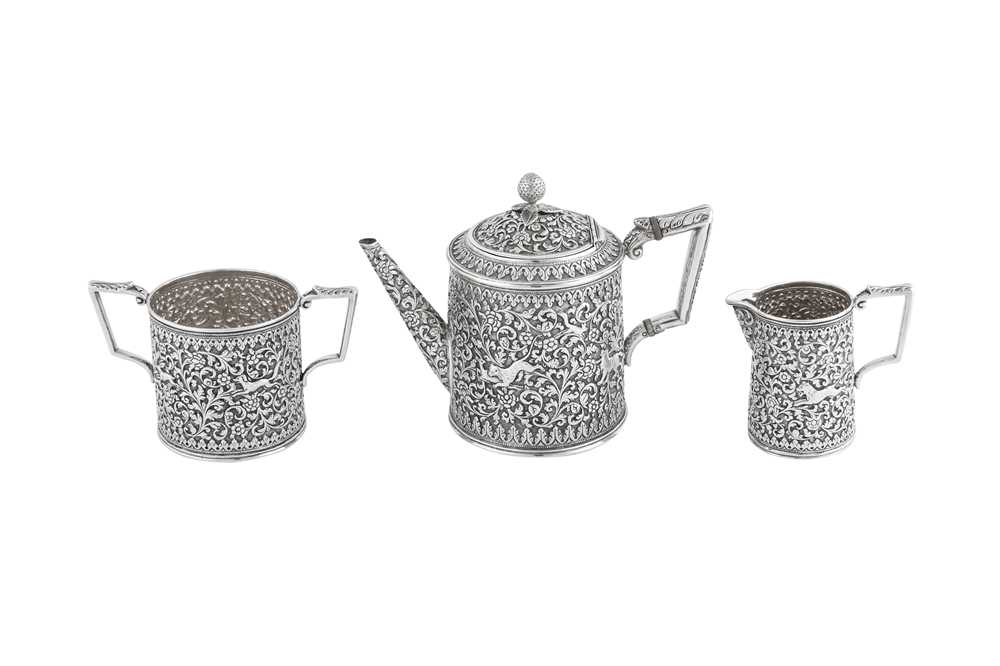 Raj period, comprising a teapot, a milk jug and a twin handled sugar bowl. Each of cylindrical form with a moulded corded edge. The teapot with a tapering tubular spout opposite a straight section leaf capped handle fitted with ivory insulators pinned to scroll sockets. The hinged domed lid surmounted by a detachable finial formed as a lychee atop of three leaves. The bodies with embossed decoration of foliate scrolls and rosettes interspersed with animals, on the teapot a dog chasing a hare, birds, a wolf observing a squirrel and a attaching a gazelle, all held between bands of stylised acanthus leaves. The spout, lid and handles similarly decorated with chased foliate scrolls and rosettes. Each marked underneath O,M encameo. (3)