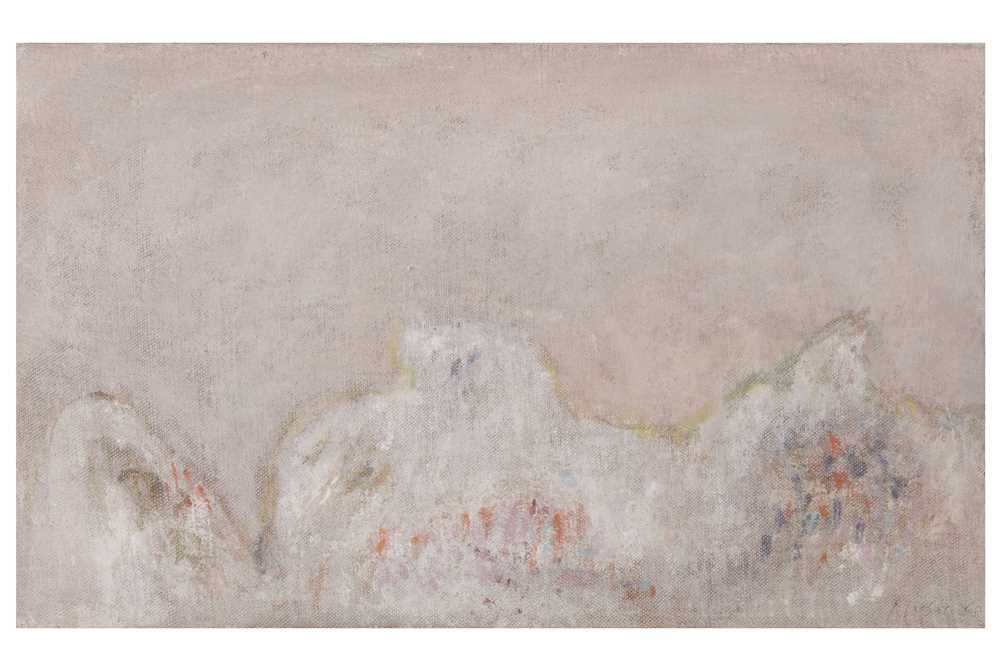 PROVENANCE:
Grosvenor Gallery (Eric Estorick), London
Purchased from the above by the present owner in 2001

Grosvenor Gallery was first established by the American writer and sociologist Eric Estorick who began collecting works of art when he moved to England after the Second World War. Together with his wife Salome Dessau he visited Italy regularly during the late 1940s and 1950s and met many major Italian artists of the day, including Massimo Campigli and Zoran Antonio Music. Their collection of Italian art was displayed in a series of major international public exhibitions between 1954 and 1960, including at the Tate Gallery in 1956. In 1960 Estorick founded the Grosvenor Gallery in London through which he promoted the work of a range of international artists, including the works of Music.

A gradual change in style and a move towards abstraction can be seen in Music's work from the 1950s and 1960s. In Paessagio Italiano I Music has allowed the details of the composition to disappear, leaving behind only the most essential elements. The hills of the landscape are sparsely delineated and almost merge with the barren background.

The work exemplifies the painter's signature style of flattened space and form and also his use of canvases of modest size. Music acknowledged that this reduction in size and elements was a reaction to the war: 'Without Dachau, I would have been a merely illustrative painter. After Dachau, I had to go to the heart of things' (Antonio Zoran Music, quoted in M. Peppiatt, Zoran Music, Sainsbury Centre for Visual Arts, University of East Anglia, Norwich, 2000, p. 10).

Zoran Antonio Music was born in the Italian town of Gorizia, on the border with Slovenia. He had an unstable childhood due to the political climate in Europe, with his family moving often. He studied at the Academy of Arts in Zagreb and later lived in Madrid, but when civil war broke out in Spain he was forced to return to Dalmatia. In 1940 Music moved to Venice where he painted church frescos and developed a style based on Byzantine art. In 1944 he was sent to Dachau concentration camp, after his arrest by the Gestapo, an experience he depicted in his later paintings.