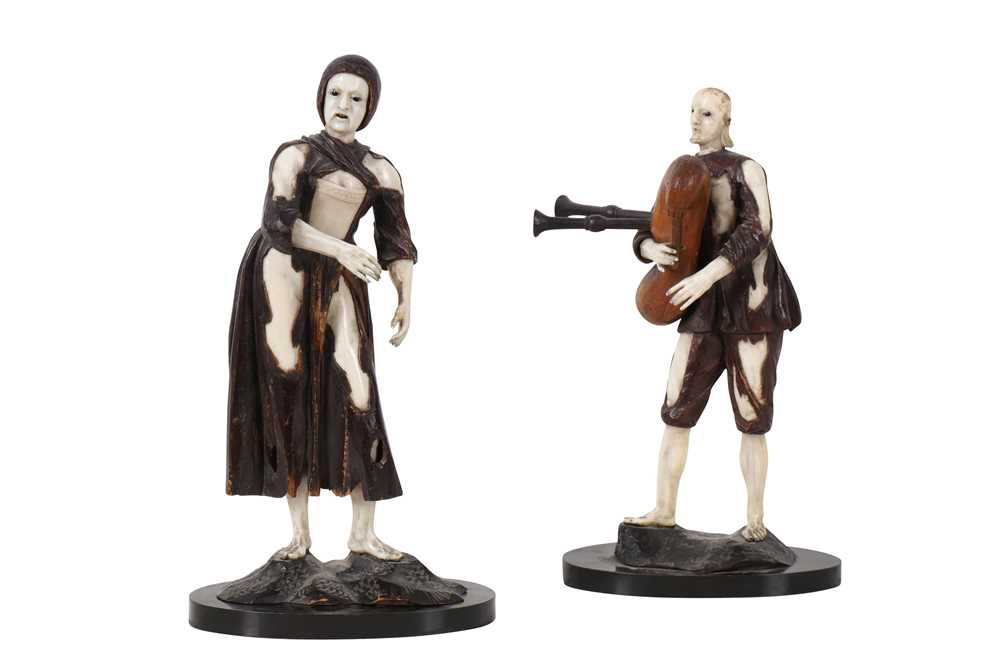 A PAIR OF 18TH CENTURY FRUITWOOD AND IVORY FIGURES OF PEASANTS ATTRIBUTED TO VIET GRAUPPENSBURG (BAMBURG 1698 - 1774) each in torn clothes carved in fruitwood revealing their flesh and features carved in ivory, one depicting a male bagpipe player and the other depicting an elderly woman with a bonnet, both faces carved with detailed and emotive features emphasising their suffering, both on naturalistic carved supports with ebonised oval bases, each 23cm high (2)

This lot is subject to CITES

Provenance: Property of a Gentleman, from the private collection of a large Scottish country estate.

Viet Grauppensberg was pupil to Simon Troger (1683-1768) and their figures of peasants and travellers bare very similar resemblance to each other. Troger is better known for large scale figural works in both wood and ivory in the Classical style