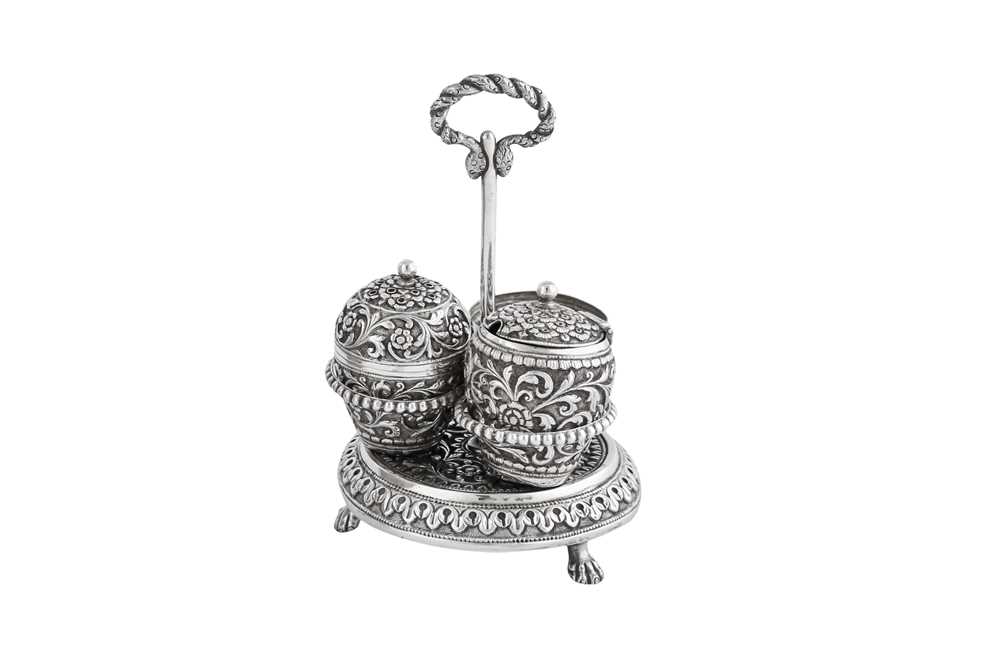 Raj period. Comprising a salt, mustard pot and pepper pot, held within a stand. The stand of circular form upon three ball and claw feet with a central carrying handle with a loop handle formed as two entwined serpents, with three beaded holding rings. The cruets formed of rounded ovoid form, the pepper with a pull off lid and the mustard with a hinged lid, each surmounted by a ball finial. The cruets and base chased with foliate scrolls and rosettes, the stand with an edge of acanthus leaves, the lids with chased stylised flower heads. Each marked underneath O.M BHUJ incuse. (4)