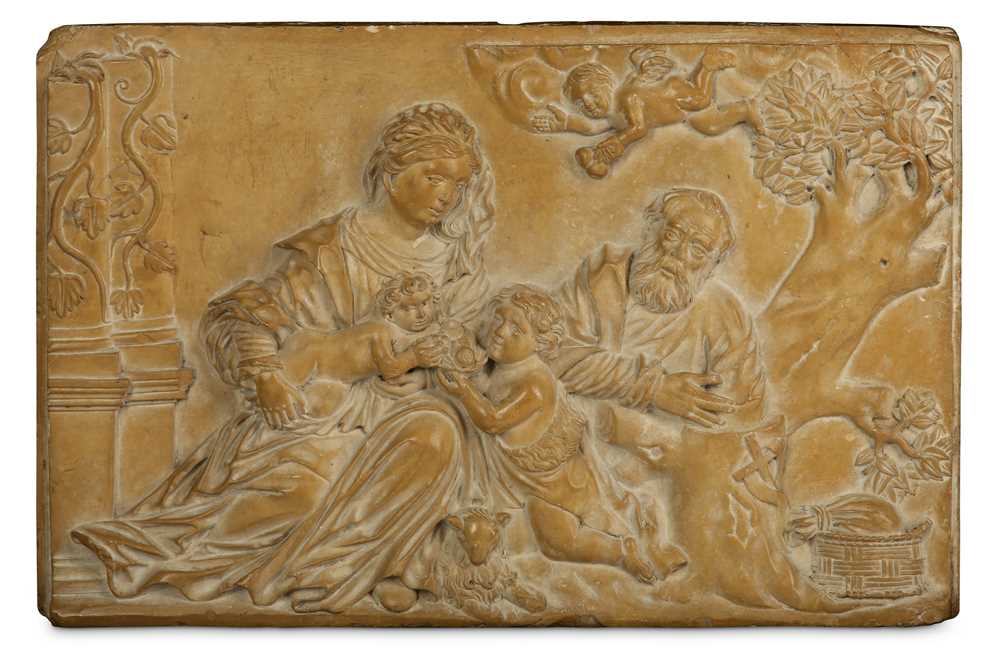 Click for high resolution
A LATE 16TH / EARLY 17TH CENTURY GERMAN SOLNHOFEN STONE RELIEF DEPICTING THE HOLY FAMILY AND ST. JOHN THE BAPTIST of rectangular form, the Virgin seated and holding the Christ Child who takes some grapes from a bowl offered by St John, with a flying putto in the sky about to offer Christ two apples,  31cm wide x 20cm high Solnhofen stone was quarried in Franconia from the 16th century onwards, and was prized in Augsburg and Nuremberg for its soft texture which made it easier to carve than marble, its attractive colour and smooth surface that could be polished to good effect. It was often used for small scale sculpture and reliefs such as the present carving and employed by sculptors such as Loy Hering and Peter Flotner.  Auction Comparable: Sotheby's, London, 12 November 2013, lot 195, South German solnhofen stone relief dated 1634,  attributed to Georg Schweigger (1613-1690). Museum Comparable: Victoria and Albert Museum, Inv. No. A.41-1947.