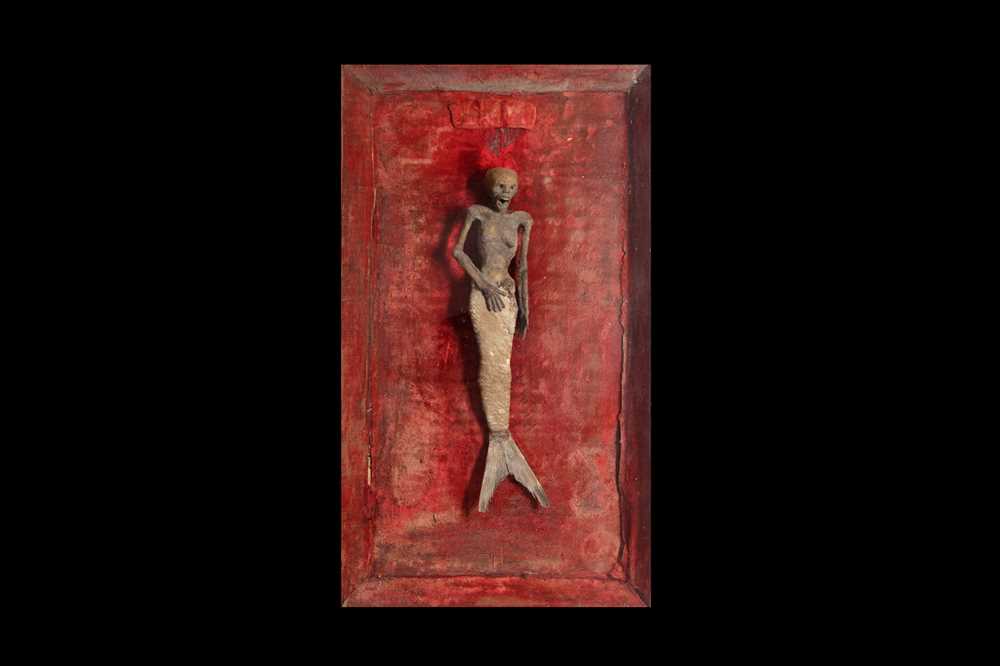 probably first half 20th century, the mythological creature made from fish parts and composition, mounted within a glazed rectangular wooden case

The Fiji mermaid was an object composed of the torso and head of a juvenile monkey sewn to the back half of a fish. It was a common feature of sideshows where it was presented as the mummified body of a creature that was supposedly half mammal and half fish, a version of a mermaid, that was supposedly first discovered in Fiji.

Simon ‘the stuffa’ Wilson, who is arguably the most well known taxidermist in the UK at the moment, having produced the famous ‘Floating Giraffe’ that recently sold in the Aynhoe Park sale for a record breaking £100,000. He also produced the white horse Madrono belonging to Luisa Zissman which recently featured in the press. Simon sources animals that have died from natural causes from zoos and farms, and many of his pieces have appeared on screen in television and film in recent years.