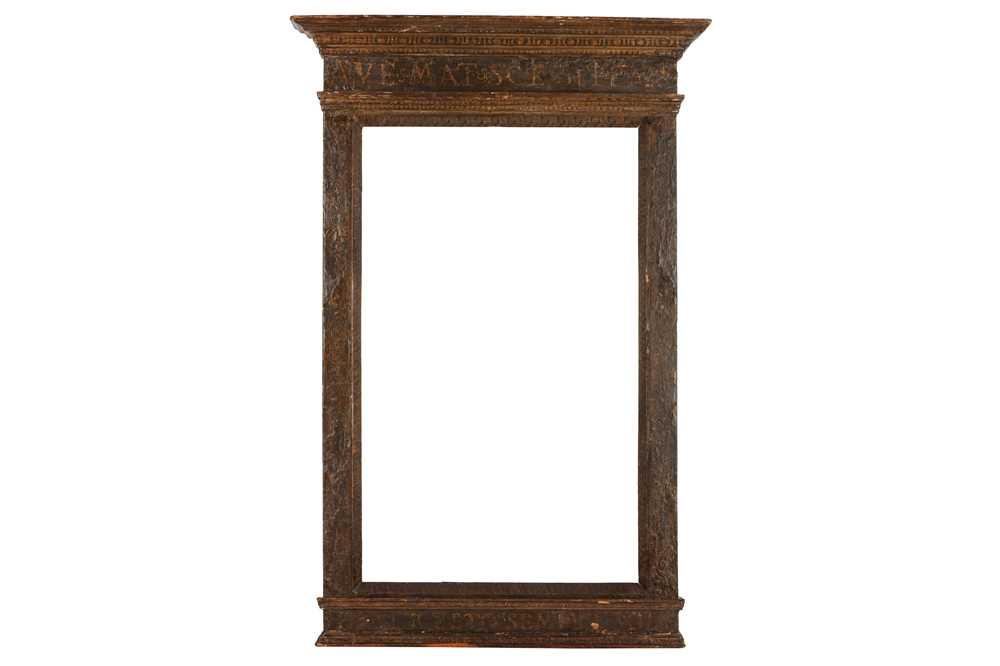 This tabernacle is devoted to the Virgin Mary, in fact the frieze is inscribed in Latin Ave Mat Sce which is the abbreviated form of Ave Mater Sancta. The following phrase may be translated as Hail Saint Mary, an invocation and dedication to the Madonna. It is indeed problematic to fully translate the Latin inscription on this tabernacle due to the use of Latin abbreviations, the difficulty in recovering the provenance of the piece and the fact that time has partially cancelled some words on the frieze. The inscription could have been a motto or a special dedication only known to the original owner. In addition, during the 16th century Latin had evolved as a language from the Classical Latin used in Ancient Rome and in the Renaissance it was utilised in Italy only in the religious contest and in the several Italian governments that communicated in Latin with one another. However, the governments also corresponded with the Vulgar, which was the actual language spoke by the people in the different Italian regions. The vulgar was the language that authors and scholars used in important literary texts and poems of that time, for instance Boiardo or Ariosto were writing using the Florence Vulgar of 14th century.