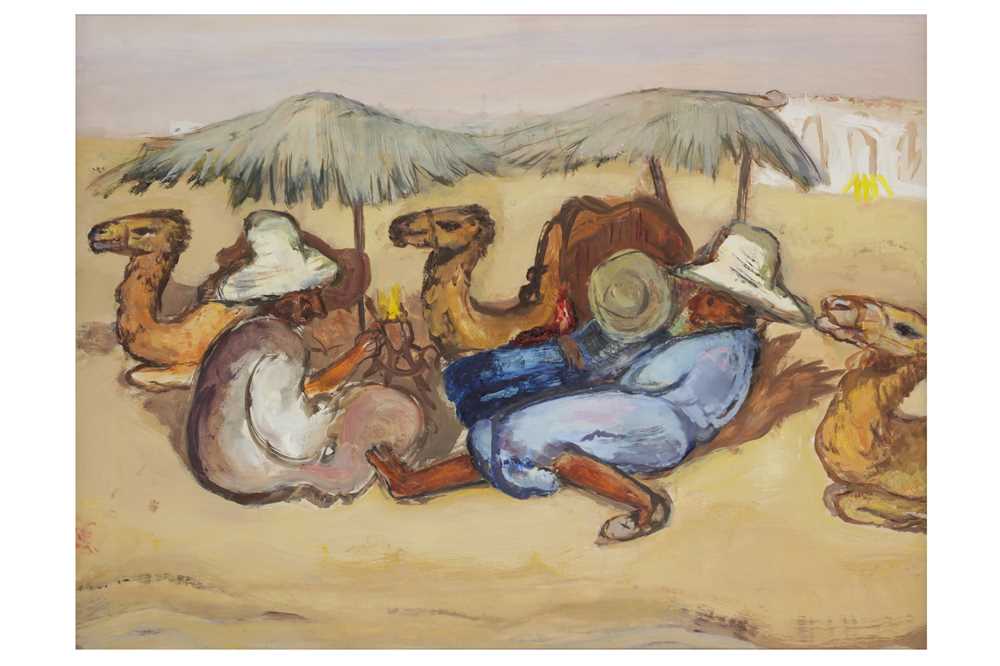 Painted in 1964 when the artist visited Tunisia with her friend and former flatmate Julia Altschulova (see note to previous lot). Marie-Louise had been encouraged to travel there by her Dutch relative Jan Willem Salomonson who was working on an archaeological dig.

During her trip von Motesiczky enthused about a camel ride in a letter to Elias Canetti: '...today on my great camel ride to the bedouins (3 hours) the camel, which had soiled itself during the rest, wagged its tail so much when I was mounting it again that I was bespattered over and over. My white jacket - the apple of my eye! It was rather funny. The ride was great but quite exhausting, great because one was quite alone, only with the young camel driver - at first through lemon plantations and then through a brook to the mountains, not high but with endless distant views.' (Schlenker p. 336).