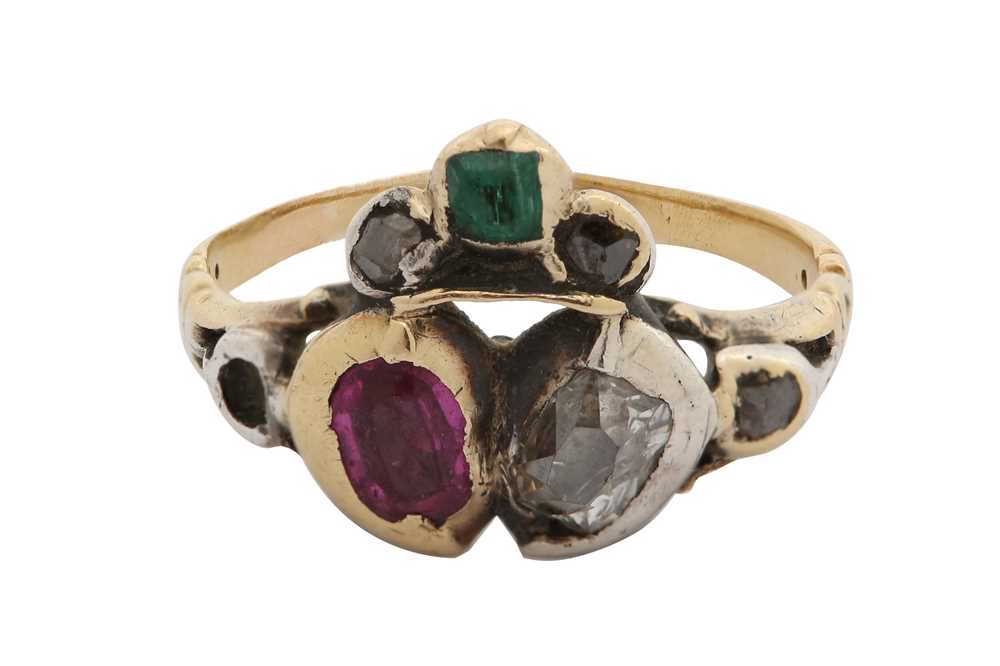 Set with a rose-cut diamond and facet-cut ruby below a coronet of emerald and diamonds, to bifurcated shoulders and tapering band, diamonds approx. 0.25 carat total, ring size G½

He was Lieutenant-Colonel of the Middlesex Yeomanry between 1938 and 1941. He fought in the Second World War between 1939 and 1945, and he was mentioned in despatches. He was GSO of the GHQ, Mediterranean Expeditionary Force between 1942 and 1944. He was Deputy Education Officer-in-Chief between 1944 and 1946, Mediterranean Expeditionary Force. He was awarded the Territorial Decoration (TD). He lived at Nymans, Staplefield, Sussex, England. He lived in 1965 at Lower Roundhurst, Haslemere, Surrey, England.