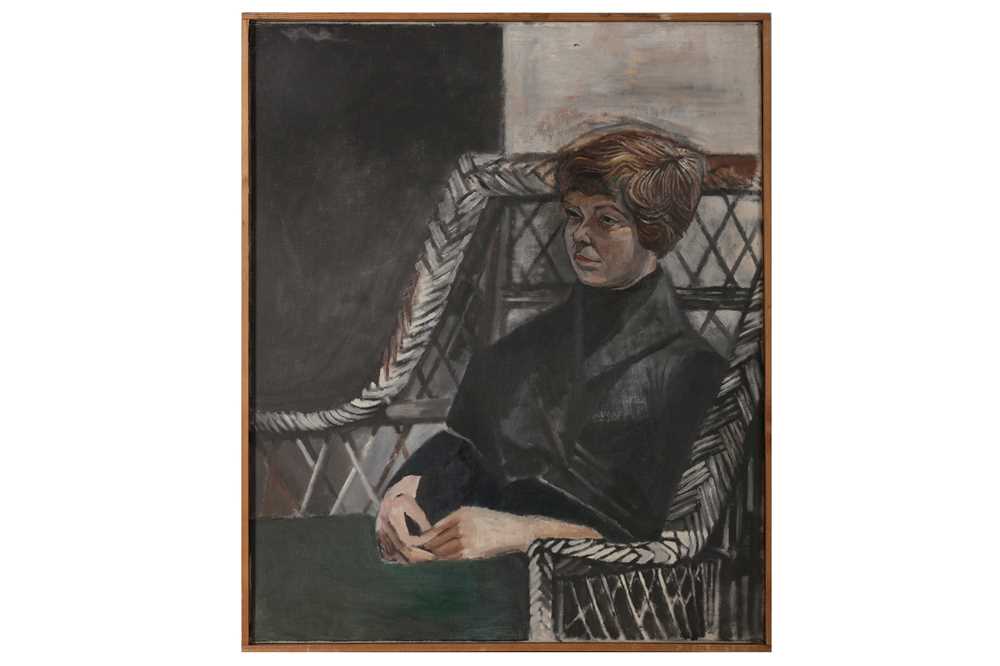 This work is number 0238 from the Bernard Myers Archive

The sitter for the present work was the artist's wife, the late Pamela Myers (1926-2021), daughter of Geoffrey Fildes (1888-1963) and Barbara Myers (1892-1957), and granddaughter of the painter Sir Luke Fildes RA (1843-1927). Geoffrey, her father, had trained as an architect with Sir Aston Webb. During the First World War he served as a Second Lieutenant with the 2nd Coldstream Guards and saw action at the Somme, vividly recounting his experiences in Iron Times in the Guards, published by John Murray in 1918.

Pamela was largely home schooled before attending finishing school and reading History at Newnham College, Cambridge. After graduating she enjoyed a successful literary career working variously as an editorial assistant at French Vogue, as secretary to the poet, writer and broadcaster John Betjeman (1906-1984) and as a journalist with Time and Tide. Pamela met Bernard, her husband to be, at an end of term RCA party to which he came dressed as a monkey. After marrying in 1957, the couple lived with Pamela's recently widowed father in Windsor, before moving after his death in 1963 to live in Scarsdale Villas, South Kensington, close to the RCA where Bernard was then teaching. A keen historian, Pamela wrote an account of the extraordinary rise to influence and power of the brothers Antoine, Claude, Joseph and Jean Pâris titled Pâris Brothers, French Financiers 1668-1770 published privately in 2015.