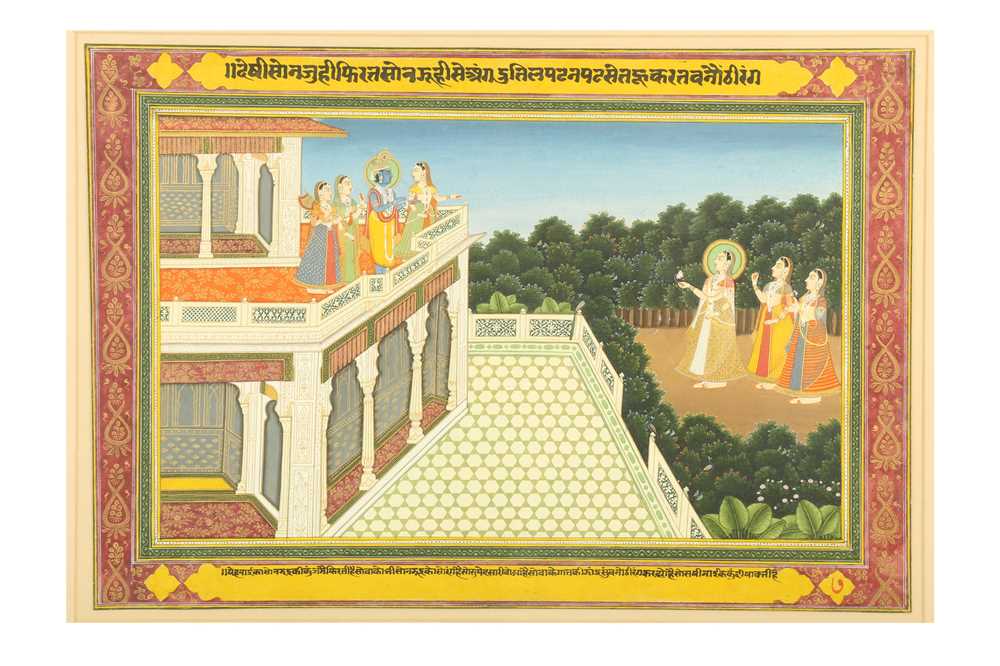 This illustration comes from the same collection and early 19th-century Rajasthani Krishna Lila series already presented in our last sale, 16 April 2021. It depicts the nayika standing outside Krishna's palace offering him a token of her affection, a lotus flower. This is a very iconic flower in Hinduism, representing spiritual enlightenment, growth, purity, and even birth. Here, the implied message could be that the love for her nayaka is making the heroine grow spiritually and purifying her soul.