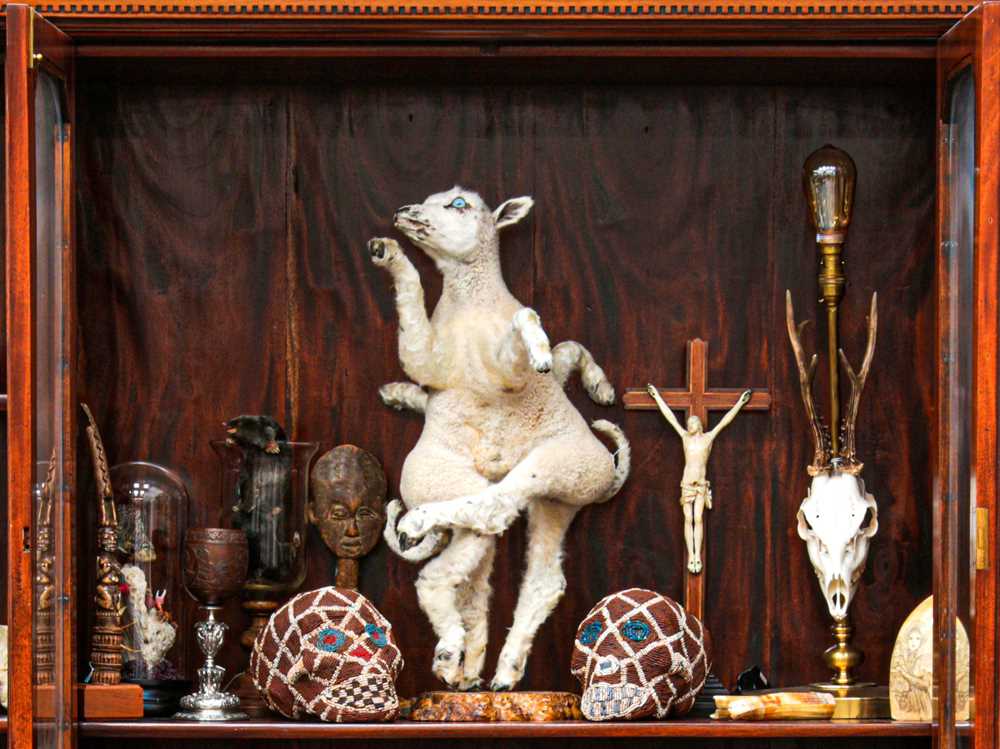 the lamb born with eight legs, taxidermied and modelled as if dancing, raised on a burr wood base