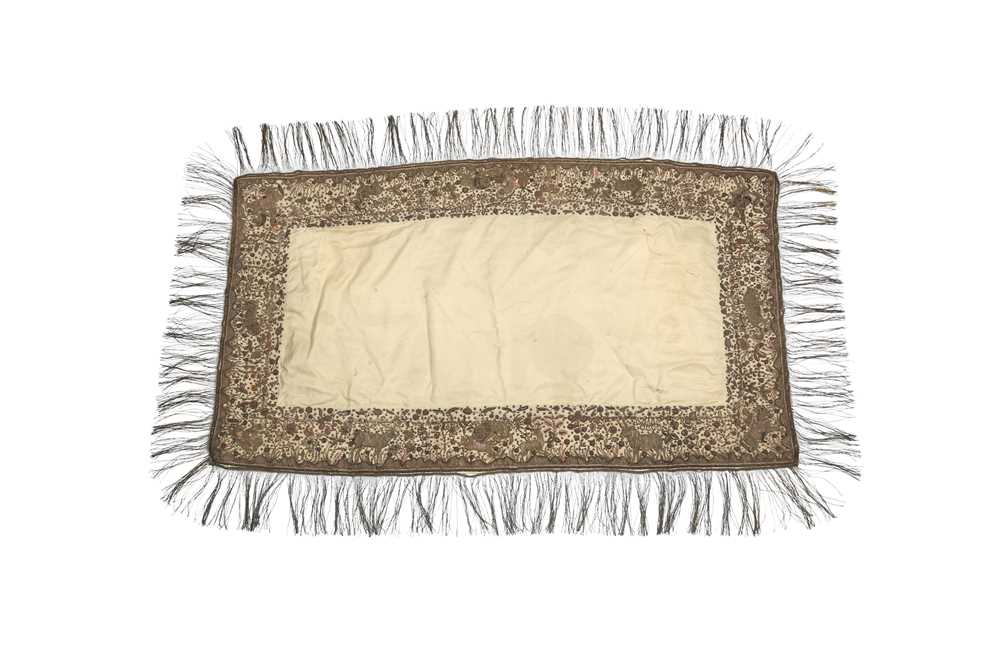 The plain ground with a wide border, sable-coarsened with ivory silk thread and finely worked in metal-wrapped threads in a variety of stitches, with some raised areas, highlighted in pink and purple silks, with an extensive hunting scene, the corners with riders practicing archery, wielding a club, a mace, and a lance, some in Persian attire, with long metal-wrapped fringe, lined with lightweight ivory satin silk, 97cm x 52cm.

Undaunted by its modest size, this cover packs a punch as a tour de force of technical mastery. The finesse of design and execution, interpretation of textures (such as the use of boucle knot for the astrakhan hat of a hunter) while limited to the grisaille palette, and the expression of musculature through raised-work undulation are on a par with Elizabethan stump-work caskets, rarely to be seen in monochrome anywhere. A similar example of sawing technical mastery can be appreciated on a turban band, dating late 18th - early 19th century and attributed to Lucknow or Faizabad for its Mughal style, published in the Victoria and Albert Museum publication Arts of India: 1550 - 1900, p. 180, fig. 158.