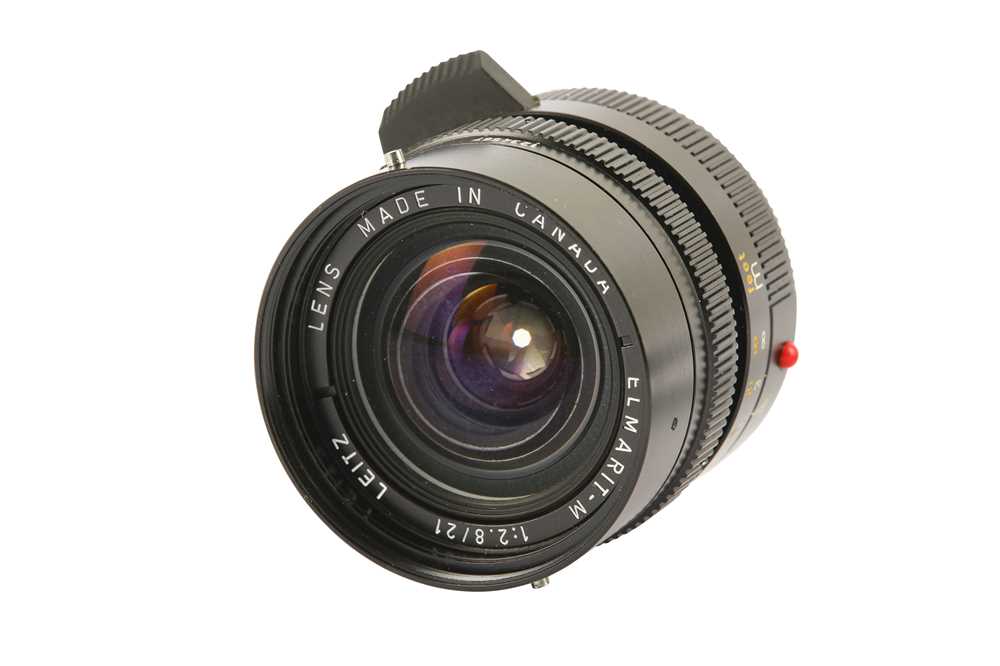 Notes: Prototype of the E49 Elmarit-M 2.8/21mm, one of just 4 prototype lenses produced by Ernst Leitz Midland Canada. With prototype serial number 1234567, the point under 1 indicating that this is the first of the 4 lenses produced. In near mint condition, with both caps and prototype glossy lens hood 12537, differing from the standard matt finish. Previously, the only other example from this prototype series, to come to market was at Westlicht Camera Auction 31 in June 2017, the second of the 4 prototype lens produced, (lot 119 - 48,000 Euro)