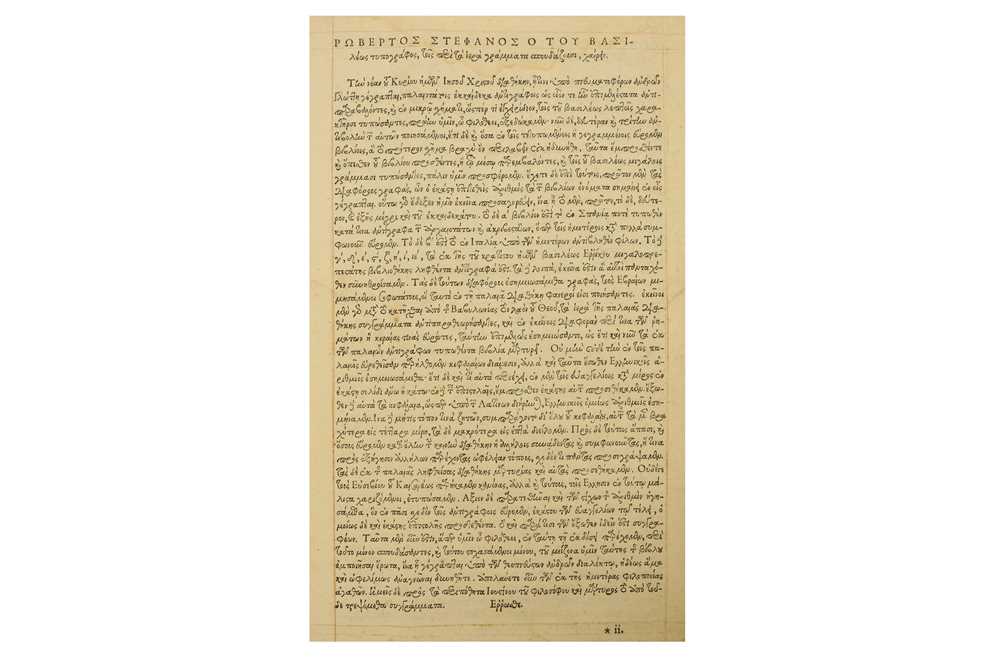 *** The first three editions of the New Testament were published in Paris, the fourth in Geneva. His third edition of 1550 was known as ‘Editio Regia’, because of the magnificent Greek font and large folio size. This was the first published Greek New Testament to have a textual apparatus. Stephanus examined 15 manuscripts and listed several of their readings in the margins of his ‘Editio Regia’. The 1550 edition also became the standard text to be used as a collating base for countless collations of Greek New Testament manuscripts. Soon after the publication of the folio edition, because of the continuing threat of persecution, Stephanus secretly fled Paris for Geneva to meet with John Calvin and the friends of the Reformation. In Geneva Stephanus now openly supported the Protestant movement and set up his press in Switzerland, free to continue printing for the Reformation. The third and fourth editions of Stephanus’ Greek New Testament standardized the Erasmus text and became the foundation for all future Bibles up to 1881.