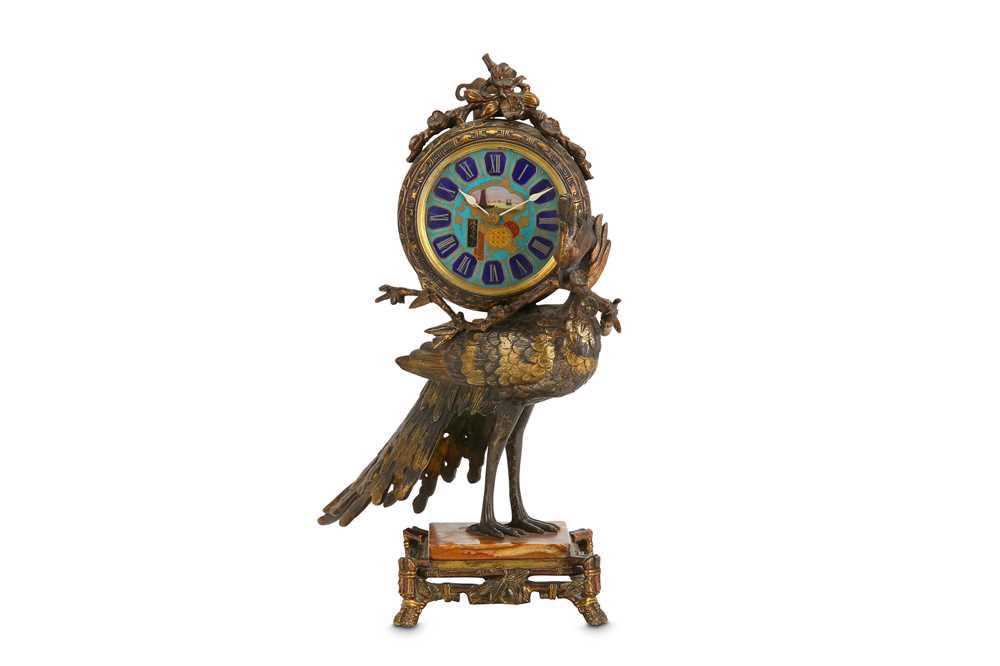 ATTRIBUTED TO L'ESCALIER DE CRISTAL, PARIS: A FINE LATE 19TH CENTURY FRENCH GILT AND PATINATED BRONZE PEACOCK CLOCK, modelled as a peacock holding a sprig of blossom in its beak, supporting the circular clock case with Oriental style relief cast decoration and surmounted by further blossom, the Arabic dial finely painted with boats on a river within a shaped panel and gilt flowers on a turquoise ground, raised on an agate, square base over a naturalistically cast plinth modelled as bamboo, the single train timepiece movement winding from the back and with vertically mounted lever platform escapement,

The movement is winding and ticking but looks as though it needs a clean, not fully tested or guaranteed.

This model can be attributed to L'Escalier de Cristal as some very similar examples are signed to the dial. The use of expensive techniques and materials (such as silvering and agate) and the re-interpretation of Oriental themes with the Japonisme style are typical features of clocks by L'Escalier de Cristal. For other examples at auction see Bonhams, London, 5 December 2014, lots 103 and 124.