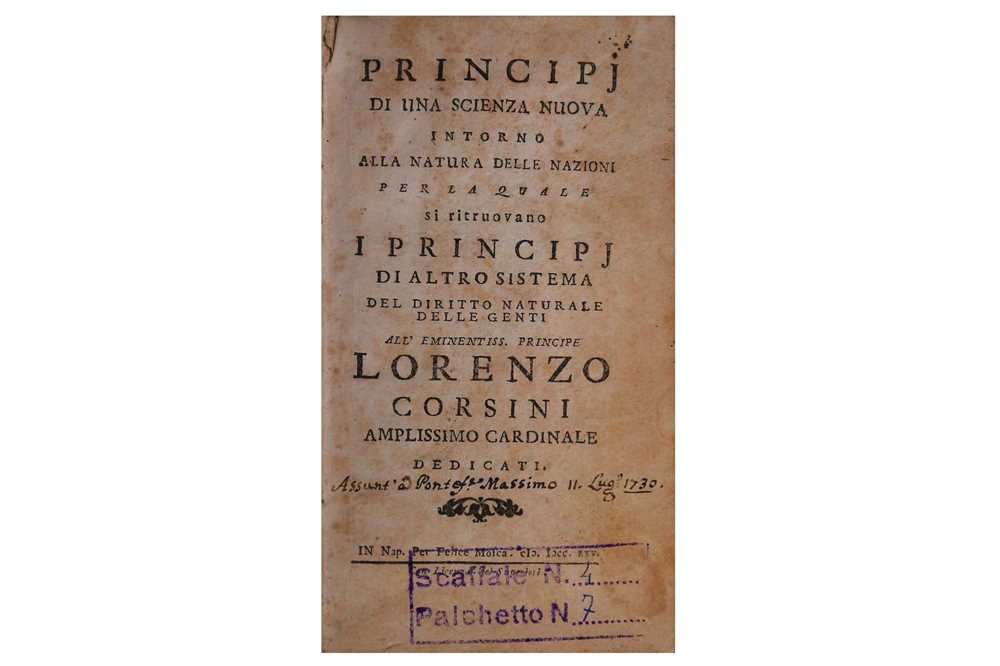 ***Rare, with only 5 copies recorded worldwide in public libraries. None found for sale at auction. The book (a philosophical work on historical theories) was meant to be funded by the Cardinal Lorenzo Orsini who eventually dropped his offer forcing the author to provide for himself (he had to sell a family ring with diamonds to pay the editor Mosca) and actually published a reduced version of his treatise. “Vico inherited the conception of a cyclical pattern in history, an idea revived in our own day by Spengler and Toynbee [...] it was only in the 19th century that he was rediscovered and his influence has greatly increased since [...] Benedetto Croce has done much to spread the knowledge of Vico's contribution to historical scholarship [...]. The 'Principles of a New Science regarding the Character of Nations' [is] the vehicle by which the concept of historical development, at last, entered the thought of Western Europe” (PMM).